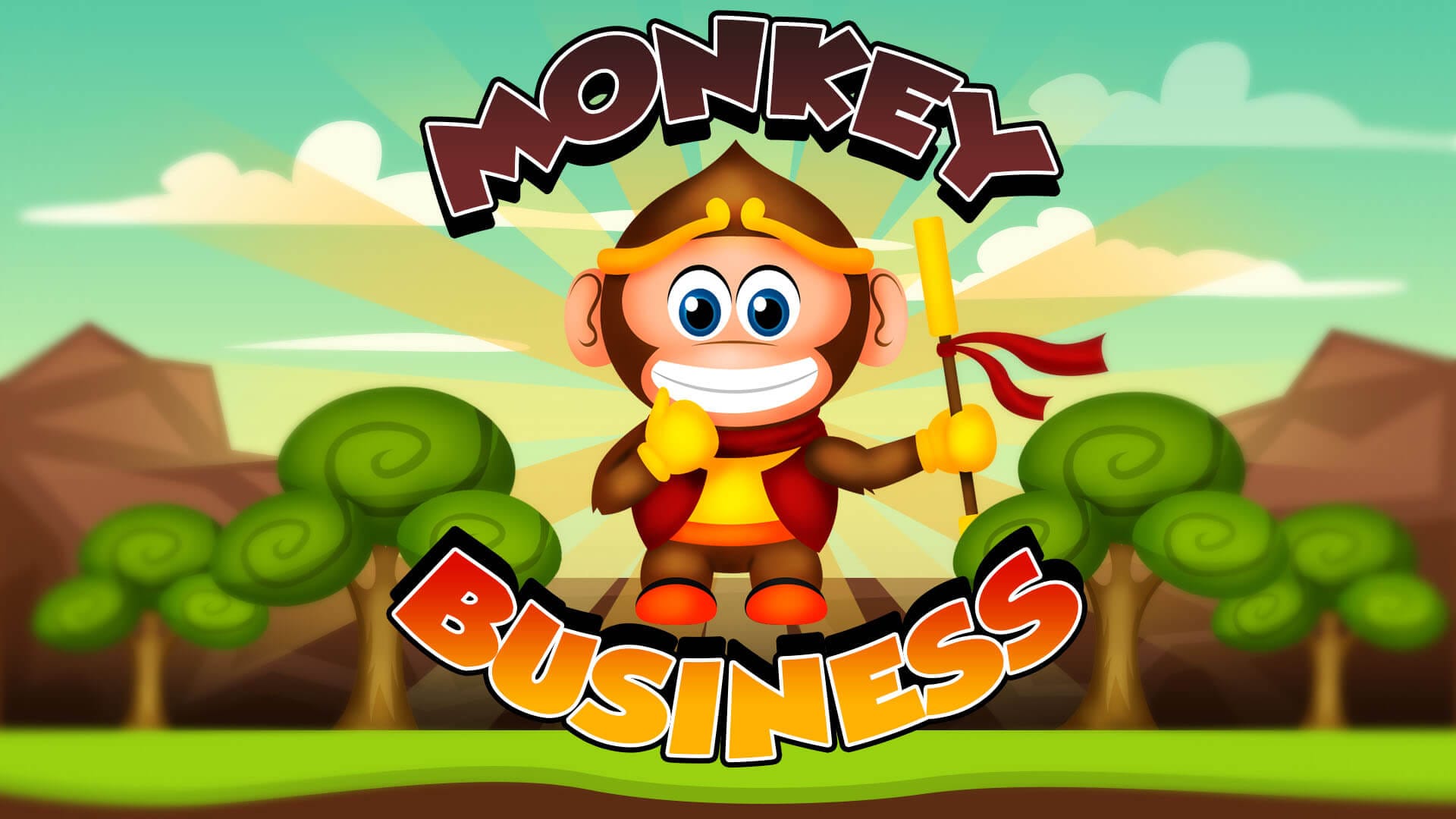 The daily grind of 9-5 jobs is enough to wear anybody down. But how would animals fare if they had the same task? It’s a question you never knew you needed to know the answer to until it was asked. Well, wonder no more! Slots UK answers the question by bringing you the online slot game Monkey Business!

Follow the lives of monkeys and other animals as they enter the working world. The twist is that you’re the only one who will be taking home any money. Developed by Saucify, all the fun of this slot game is brought to the tip of your fingers, as this slot game is playable on mobile, desktop and tablet.

Monkey Business gives you 5 reels and 20 paylines to play with, so there’s a lot of fun to be had. Stop monkeying around and get involved!

They may not have been on the scene for as long as some of their more established competitors, but that doesn’t mean that Saucify should be slept on for a second.

This UK based company pride themselves on being different, and it seems to be working for them. They already produce high quality jackpots slot games, and they’ll love to use 3D animation in their games.

They’re always looking to be ahead of the curve, seeking out new innovations to improve their UK free slots. Before long, they’ll be one of the biggest developers in the industry if they carry on in the same vain.  They know what makes a good slot game, and are always on hand to deliver the best playing experience possible

Here are some of the more popular Saucify games that you may have already come across on your online casino adventure: 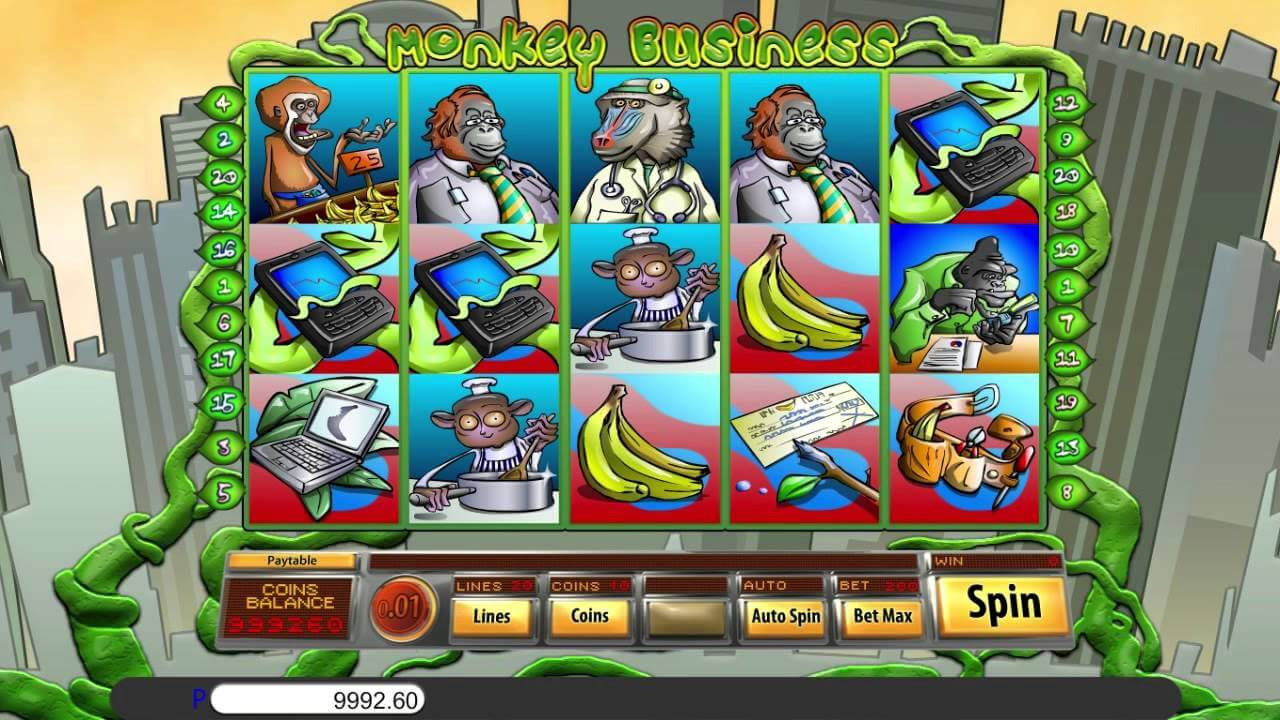 As we mentioned earlier, Monkey Business uses a stanard 5-reel, 20 payline format. The stake ranges from 1p to £25, although the RTP for the game is unclear. There’s a max jackpot of 5000 coins which is attainable through the game’s bonus features. There’s also an autoplay feature which allows you up to 100 automatic spins.

A city skyline provides the backdrop behind the reels, with vines wrapped around the playing screen. The symbols used for the game are a particular highlight, as their cartoonish design is amusing to look at. It’s always funny to see animals in human clothes. There are no playing card symbols in sight.

Instead you’ll find tools such as mobile phone sand tool belt, as well as a doctor chimp, a business baboon, a monkey chef, and a builder. The builder is the most valuable symbol, worth up to 5000 coins.

The stockbroker monkey (what a phrase) is the game’s wild, substituting all symbols except for bonuses and scatters. The peanuts are the scatter, whilst the monkey holding the umbrella is a bonus symbol. Both will become important for the bonus features which we will detail below. 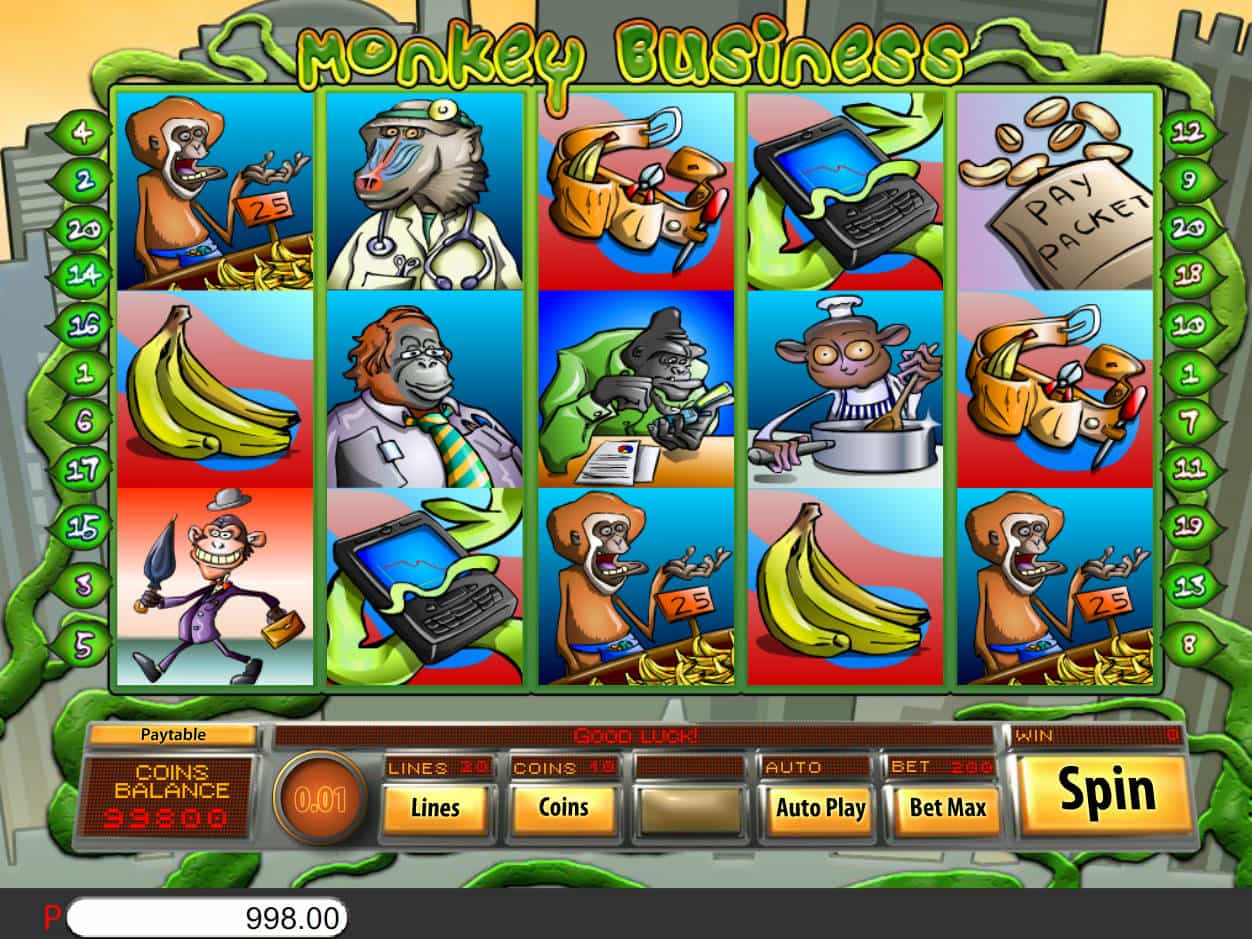 There aren’t a ton of slot bonuses to shout about in Monkey Business, but the ones that they did include are a lot of fun to play. They can also help boost your winnings tally during your playing session.

Our Verdict on Monkey Business

If you get through this slot game without laughing at yourself at least once, then congratulations. The characters are well designed, and seeing them do human tasks like firing personnel is highly amusing. It’s light on bonuses, but you’ll still have lots of fun.

Nascash Slot is another amazing game available at Slots UK!