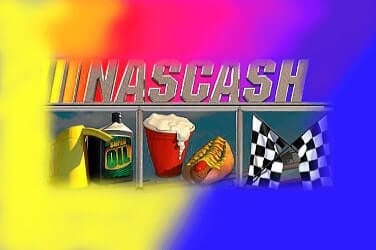 A combination of NASCAR and slot games isn’t something we knew we needed until it was given to us. As it turns out, these two high octane activities go together like eggs and bacon. Luckily, SlotsUK is on hand to bring the action straight to you as they present the online slot game Nascash!

Developed by the good people at Saucify, this online slot game brings all the fun of the fast paced NASCAR atmosphere straight to your device – be that mobile, desktop, or tablet. It takes things into a higher gear, resulting in an enhanced playing experience for those who undertake the challenge.

There are 5 reels and 25 paylines to play with, which provides the perfect platform for all the fast paced, testosterone-fuelled activities. If you prefer to live life on the edge of your seat, then it’s the slot game for you.

Saucify - The Developers of Nascash Slots

Saucify is an online slot game developer that goes out of their way to stand out from the crowd – and through their sheer hard work, they’ve succeeded.

Although they may not be one of the most prominent names in the online casino industry, Saucify has definitely made their mark on the scene. This UK based developer has built up an impressive portfolio of progressive slot games, and they’ve shown no signs of slowing down any time soon.

They’re no strangers to using 3D animation in their slot games, which adds to the production values of their already high-quality slots.

Here’s a selection of some of the best Saucify slots that can be played in online casinos: 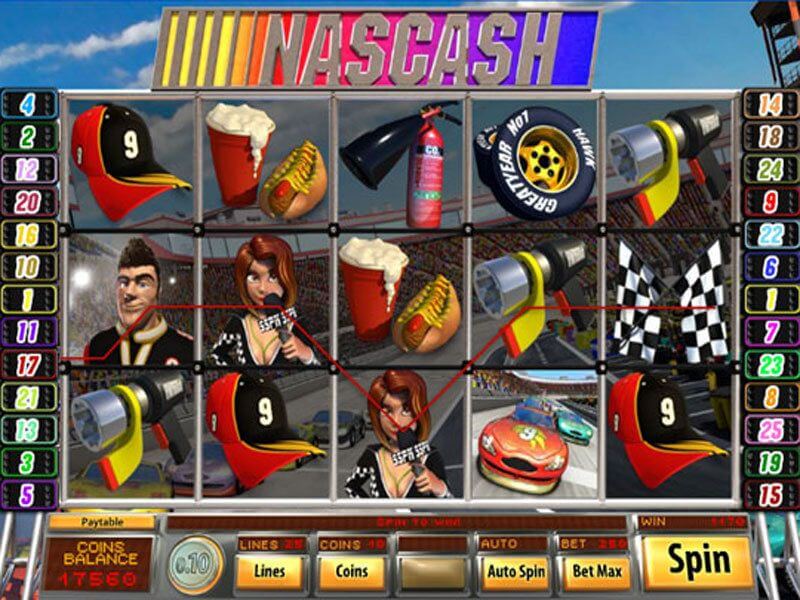 Nascash has a standard 5 reel, 25 payline format, and the stake ranges from 1p to £25, although the RTP % of this slot game is unknown. The game also has an autoplay feature which gives you up to 100 automatic spins.

The NASCAR theme is a big part of this online slot game. A loud, in your face soundtrack, plays in the background, making it really feel like you’re at a real-life NASCAR race. A racing circuit and stadium can also be seen on the backdrop.

As far as the symbols on the reels, you’ll find a trophy, cap, hot dog with beverage, oil, tyres, and several cars. The driver is the game’s wild symbol, substituting all regular symbols. The scatter symbol is the front facing car, which becomes more important for the free spins feature that we’ll go into detail about below.

The most valuable symbols are the reporter (worth up to 10000 coins) and the sliver trophy (worth up to 8000 coins. 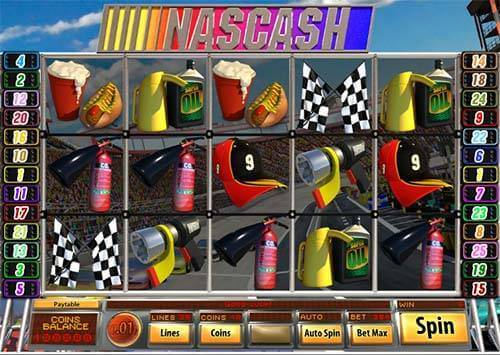 Unlike other slot games, Nascash isn’t loaded with lucrative slot bonuses or hidden features. The ones that are present are concerned with multipliers and free spins, so there is still plenty of opportunities to maximize your money and squeeze the game for every penny possible.

There are different variations of free spin bonuses, and this is where the scatter symbols come into play. The free spins you trigger are dependent on the amount of scatters you land on the reels, and they each come with their own multipliers. Free spins can also be re-triggered if activated within these features.

There’s no denying that Nascash is a great looking slot, and it’s apparent that the majority of the work has gone into the game’s design.

However, the game’s aesthetics promised so much more. Aside from the free spins, there’s not really much else to sink your teeth into. The game can get stale quite quickly once the fun of the NASCAR gimmick wears off, which is a shame.