Vikings Go to Hell from Yggdrasil Gaming is a loud and volatile UK casino slots online game on a 5x4 grid. Battle the forces of evil in the pits of hell as you spin the reels to try and win some prizes. These reels can be spun by betting between 10p and £125 per spin, and the max win in this slot is £687,500.

The Vikings Go to Hell top slots UK game features some striking visuals, ripped straight from Norse mythology, and there are free spins to be won. In addition, rage points and treasure chests put players in the boots of a mighty Viking warrior, something that is not seen in online slots games often enough.

The winning combinations can be found in the game’s paytable. This table can be found in the Vikings Go to Hell slot menu and will detail how much each symbol is worth. When playing the game, your objective is to line up three or more matching symbols across a pay line.

Wilds and scatters are present, but other than that, playing Vikings Go to Hell slot is standard.

The symbols in Vikings Go to Hell slot are comprised of Viking weaponry and four Viking characters. The character symbols are worth more than the weapons. 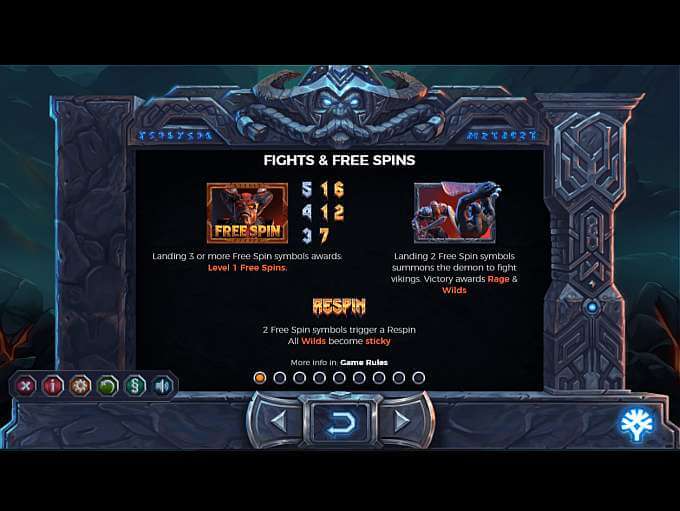 What to Expect from this Slot

With such a vivid display, you might think that the Vikings Go to Hell slot would be all over the place. However, things are pretty normal for the most part, and that includes the game’s stats.

The RTP rate in Vikings Go to Hell slot is ever so slightly above the average for an online slot, at 96.1%. This fact puts the game in good company and gives the casino a small house edge of just 3.9%.

Vikings Go to Hell slot is a volatile game featuring high variance. This means that top paying symbols are likely to appear in pay lines, but these pay lines will not form often. It is a trade-up, making betting large amounts less wise. It may be best for less experienced slot players to bet closer to the minimum bet of 10p per spin.

More information about the Vikings Go to Hell slot can be found in the table below.

*All values are subject to change at any time.

These bonus features might seem complicated, and they are. But, don't worry; everything becomes clear when you play Vikings Go to Hell slot. 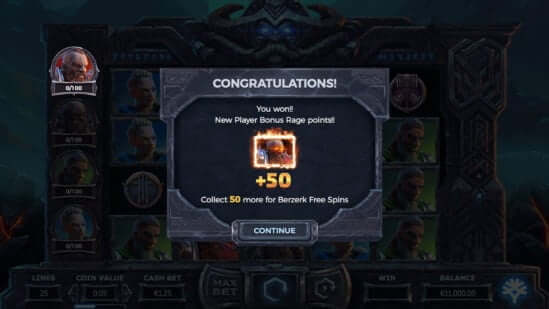 Where to Play Vikings Go to Hell

The best place to play Vikings Go to Hell slot is at Slots UK. That is because we have a fantastic welcome offer available to new players that sign up with a £10 deposit. This bonus lets the player spin the Mega Reel to win free spins on select games (Full Ts & Cs Apply).

Wait for our team to activate your account, and you are then free to play any of the hundreds of slots on our site, including Vikings Go to Hell slot. Find the game in our slots library and click ‘Play Now’ to get started.

Who Developed this Slot?

Vikings Go to Hell slot might not be a slot game suited to everybody, but you cannot deny that it looks incredible. With a fiery-red backdrop, the player is thrust into the depths of hell with a rising soundtrack to accompany them. The graphics are top-notch, and the mobile version is worth a look.

The Vikings Go to Hell slot is part of a series of slots from Yggdrasil Gaming. They aren’t just responsible for hairy Norse men, however. More similar games found at Slots UK, such as:

The Bottom Line on Vikings Go to Hell

At first glance, Vikings Go to Hell slot looks fairly simple. The stats are fair, but things get a bit heavy when you dive into the bonus features. Be patient, and things start to make sense. It is rare for a slot to present a challenge to players, making Vikings Go to Hel worth the time and effort.

Try it for yourself at Slots UK and see how many demons you can slay. You don’t hear that sentence often when talking about slots.

All values (Bet Levels, Maximum Win, etc.) mentioned in relation to this slot game are subject to change at any time