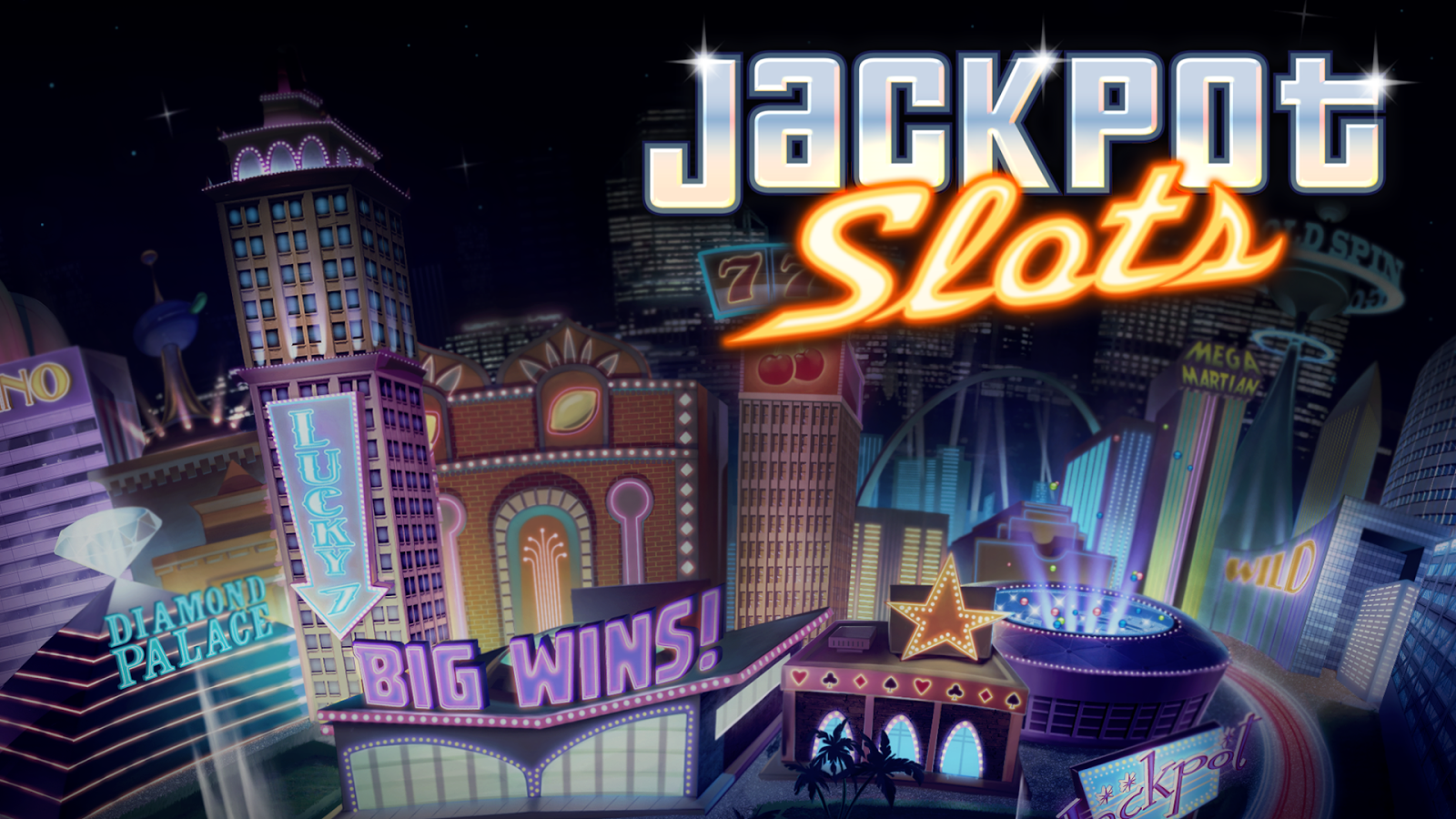 If not for anything, you must have heard of Jon Heywood, whose £0.25 bet made him £13.2 million on Microgaming’s Mega Moolah progressive slot. While this might seem unreal to you, there are a couple of people who have made millions through the same means that would disagree with you. Now, this brings to question, what is Mega Moolah Progressive slot? The answer, as it is often found out in cases like this, is quite simple. Mega Moolah is a progressive slot made by Microgaming in 2006. Unlike most progressive jackpots, the Mega Moolah UK online slots jackpot can be triggered using two distinctive features, but before we get to that, how about we take you down the history lane?

Inception of Mega Moolah by Microgaming

Mega Moolah was launched in 2006, back when the only innovative technologies were the windows computer and Nokia N95, which in retrospect are anything but smart. Because of this, the first Mega Moolah was made with low resolution, a way to make it fit the computers’ capability. However, Fortune smiled on the game as the advancement in technology gave room for the likes of 4G, and WiFi for mobile devices allowed the game to shine bright.

While the use of Flash made it impossible for Mega Moolah slot games to be effectively played on browsers, everything changed when top browsers converted to HTML5 compatibility giving Microgaming and other software developers the ability to make high-quality games. From this development, Microgaming set to work on players’ demand for increased accessibility. Being an outstanding game with unique jackpot prizes, having all these features available on instant play and downloaded version in the mobile form was toilsome. But at last, in 2012, Microgaming announced the mobile-friendly Mega Moolah slot.

From its release in 2012, Mega Moolah has not only seen a vast increase in the number of players, but the number of jackpot winners has skyrocketed. To put this in perspective, Mega Moolah instant play was able to record 8 winners of the jackpot prizes, the downloadable or deluxe casino software had similar 8 winners. Mega Moolah mobile, on the other hand, has, at of now, 26 winners. Statistically, the mobile version has four times more winners than the different versions that exist. And for 12 months starting September 2017, all the eleven jackpots that were triggered were from the mobile version of Microgaming’s Mega Moolah. This isn’t to say the mobile version is any different from the instant play or downloaded version. In fact, the opposite is the truth.

Mega Moolah mobile is a replica of the version you get to play on your PC. Features like bet limits, how to trigger the jackpots, and bonus rounds are the same. However, given the ease and convenience mobile gaming gives, the success of the Microgaming Mega Moolah’s progressive mobile slot becomes obvious.

How Does the Mega Moolah Jackpot Work?

Since Mega Moolah isn’t the only progressive slot with fantastic prizes, one might want to credit its success to luck, but that will be farther from the truth. Microgaming’s Mega Moolah success is due to its unique jackpot system, which made it stand out. To know the mechanics of this progressive slot, we must first see how the mainstream progressive slots are won.

A percentage of the amount wagered by punters on each spin is added to the jackpot fund in progressive games, which means the longer it takes to get triggered, the more time there is to accumulate the money to be won. Also, to win the jackpot, a player generally has to make a specific winning combination in a bonus game or across the reels. While this is the basics, some progressive slots have different methods of choosing eligible players for the massive prize. Like the Major Millions, many require players to make the maximum bet of 3 coins per spin to qualify for the jackpot. With this, more money would be accumulated during the game, thereby making the winning enormous. The not-so-bright side of this is that only wagerers willing to play on max bet repeatedly can win big in such slots, which can be very discouraging. However, this is not the case with Microgaming’s Mega Moolah progressive slots.

Here, every spin you make qualifies you for the jackpot prizes. So, regardless of your bet size, or paylines, you are trigger the jackpot as the bet size directly impacts your chance to activate the Jackpot Wheel. A minimum bet of £0.50 per spin means you have half the chance of a player with £1.00 per spin. This system of activating the jackpot gives rise to betting more per spin to better one's chances. While this provides wagerers of all levels the opportunity to try their luck on the game, Microgaming didn’t stop there.

Unlike other progressive slots where you win based on your spin across the reels. Mega Moolah slots can only be activated when a punter lands the jackpot on Jackpot Wheel. The Jackpot Wheel is the system used by Mega Moolah to assign jackpots to players, and here is where the twist comes in. To keep the spirit of progressive jackpot up, the progressive funds are divided into four: Mini, Minor, Major, and Mega.

The mini jackpot is the most commonly triggered and has the smallest winning of the four. Players can win prizes ranging from 10 to 50 coins. The minor jackpot doubles this by offering rewards of around 100 coins and above. On the other hand, the Major jackpot gives players rewards in the thousands while the mega jackpot awards the minimum of a million.

The mega jackpot seldom gets triggered as it only occurs roughly once a month. Hence your chance of getting the other three is relatively high. This less frequent winnings enable the progressive fund to grow immensely to give millions of euros to its winners.

The original Microgaming’s Mega Moolah was launched in 2006 and since then has ushered in multiple variants which provide players with the spice that keeps the fun going. While all the variants of mega moolah progressive slot UK are merely popular, Microgaming’s online slots are infused with the progressive jackpot feature. These online slots UK retain their original features giving players more than enough twists to better their winnings. Aside from this, the mega moolah feature is pretty much the same.

Immortal Romance was a huge success when it was launched in 2011, and it comes as no surprise that in June 2021, Mega Moolah was added to this 5-reel game. Maintaining its vampire theme, Immortal Romance mega moolah has spooky graphics. There is also an ominous soundtrack playing in the background to help reel punters in. aside from its 234 paylines; there are numerous bonus rounds to trigger here. This online slots UK is a mid-variance game with an RTP of 93.4%. The mega moolah feature here makes it possible for players to win any of the 4 types of jackpots which range between £10 to £4.4 million.

With numerous bonus rounds and free spins to be triggered, this high volatility Mega Moolah variance offer players a fast-paced play. While its RTP of 93.3% seems relatively low, punters playing Mega Moolah Goddess can win a maximum of 3,612 times their original stake. When the progressive jackpot is included in this game features, then wagerers can win up to a million if the mega jackpot is triggered.

Juicy Joker is one of the popular slots to receive Microgaming’s mega moolah upgrade. While the game is fruit machine-inspired, a laughing joker can be seen dancing on the reels to make playing more fun. The original game is packed with scatters, wilds, re-spins, free spins, and that can earn wagerers 500 times their bet. As far as the mega moolah jackpots go, the mini jackpot can award players a minimum of £10 while the mega jackpot starts at £1 million.

While Fortunium on its own is an average game that provides wagerers with just 40 paylines. This 5-reel game is fast becoming players’ favorite thanks to the mega moolah upgrade. Slot machine lovers have a sizable number of bonuses they can trigger to make playing here worthwhile. Aside from Microgaming’s mega moolah that provides a progressive jackpot to enhance the amount you can win. Another noteworthy thing is the RTP is which is capped at 92.67%. While this is incredibly low, the jackpot and medium volatility help balance things out. Mega Moolah is available for free play for players who only want to play for fun at Slots UK. A significant advantage here is that new players are eligible for up to 500 free spins to play Starburst, another world-class online slot (Ts & Cs Apply).

Take a trip into the rabbit hole as Mega Moolah Absolootly Mad takes you deeper into Wonderland. While the fantastic graphics and exciting symbols are a semblance of Alice in the Wonderland, players can now find unique treasures waiting to be won there. This 5-reel online slot UK has 234 paylines with loads of multipliers and free spins that can increase your winnings by 2,343 times.

Other variants of Microgaming’s Mega Moolah progressive slots are:

Thanks to Mega Moolah progressive slots, several players have won a massive amount by playing online slots with just a little amount. In addition, Mega Moolah has had over 40 mega-jackpot winners since its launch in 2006. While they have all earned the right to be in this section, some noteworthy jackpot winners are here.

If there ever is a way to win big with little risk, Mega Moolah progressive slots are the answer. Players – low and high rollers – are for the first time given a chance to try their luck in progressive jackpots without having to use the “Max bet” options common in other progressive slots. Players will undoubtedly have their field day of fun playing mega moolah and its variants. To get the optimum experience with these progressive slots, the casino where punters wager matters a lot.

Casinos are a significant determinant of how players fund their accounts, withdraw their winnings, how they can access the games, and generally dictates the ease that comes with your gaming. These are just a few reasons it’s crucial to play mega moolah slots at the best online casino UK. The best online casino to play this Microgaming’s brainchild must be licensed and have multiple levels of security to protect players’ data and financial activities while also providing fair gameplay. Since a larger percentage of punters are playing via smartphones, it’s pertinent that the casino must also be mobile-friendly.

Of all casinos where you can play mega moolah, Slots UK is amongst the best. The reason for this is not improbable, as multiple gaming bodies license the casino. The casino is secured with the latest SSL Web Server Certificates, which provide airtight protection to wagerers. The site is also mobile-friendly, and you can have the same fun experience you can have on your PC anywhere using your phone. Aside from these, new players are eligible for up to 500 free spins (Ts & Cs Apply). Other incentives you can enjoy at Slot UK are: