There's never been a better time than now to play some of the best online bingo games in the UK. At Star, we offer a wide variety of game types to satisfy a variety of player needs, including; 75 and 90 ball bingo titles. With varying ticket prices you can play on both big and small budgets here too, there really is something for everyone.

With an estimated 3+ million players trying their luck in online bingo every day, we could say that this is a massively popular game in the UK. The once famous weekend game saw hordes of people flocking to bingo halls to share the banter and the fun of playing bingo. Today, the more popular online version is a Brits’ favourite. How does one go about playing bingo online? What are the best websites? Best bonus offers? In this article we reveal that and much more about this ubiquitous game.

Which version is your go-to for Online Bingo?

The game of bingo splits into quite a few different versions: you could play the nation’s favourite 90 Ball bingo; you could try your hand at the 75 Ball bingo preferred by Americans; if you’re feeling curious you might go for the less popular, but no less exciting 80 Ball bingo; there is also the shorter version – 30 Ball bingo, often referred to as “Speed bingo”. The creation of these variations was due to the emergence of online bingo games. Here are some variants you should try out: 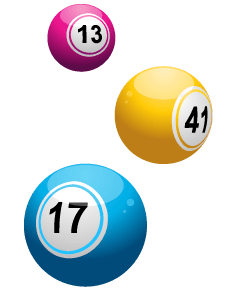 This is an efficient and fast variation of Bingo. It is played with a 3×3 bingo card and 30 balls. It is ideal for players who have limited time to play or those who want to play a few rounds. In this variant, players stand the chance of winning multiple times within an hour when they play.

This is unarguably the most popular bingo variant. It is played with a bingo card and 75 balls. The bingo card has 5 rows and 5 columns as well as 24 numbers and a blank square in the middle.

This variant of Bingo is available online and as the name implies, 80 balls are used to play. To get the winning pattern, players have to match 16 numbers on the 4×4 bingo card.

This type of Bingo is very different from the 30 Ball Bingo. It is played with 90 balls and a 3×5 bingo card which consists of 15 numbers. The first person to scratch off a row of numbers wins the game. The first person to scratch off two rows after the winner is the runner-up. Scratching off all the 15 numbers on the bingo card lands you a full house.

Do’s and Don’t at Online Bingo

A lot of people like bingo for the fact that it is a nice and easy-going game to play. Some might even go so far as to say it is therapeutic. All we know is that it is genuine and enjoyable, and there aren’t a whole tonne of rules that have to be stressed about like there are in some other casino games, such as poker.

That being said, there are a few things that should be done and a few things that should not when it comes to bingo, both in the online versions of it and in its home, the land-based bingo halls. These are just a couple of tips and tricks that can help to make your experience with any form of bingo that little more enjoyable, and they might even help to win you some cash as well - who knows!

Learn the rules of UK Bingo

This might seem blindingly obvious, but you would be amazed how many players of bingo are not 100% sure that they are actually doing. They said ignorance is bliss, but by not knowing the rules you could be throwing away the potential to win a tonne of cash.

Plus, not knowing the rules can actually be really frustrating. For us, not knowing what’s going on in a casino is a real pain and kind of ruins the fun, so take some time to learn the rules of any game that you’re thinking about playing!

Don’t play with more than you can afford

This is probably the most important piece of advice that we can share. Remember the old saying ‘when the fun stops, stop’? This is just as advisable as it has ever been.

Bingo should be about having fun, not about trying to claw back your winnings. And, gambling can be a really bad addiction, especially when you are feeling vulnerable for financial reasons. So, when you think you’re running low on cash, it’s always best to nip it in the bud.

There are so many amazing online bingo games in the world these days - a quick Google search will tell you that. So, why settle for anything less than the best of them?

One way to find the very best online bingo games is to take a look at a nest review from an independent blog. It’s also worth remembering that this changes all of the time, so make sure that you regularly keep an eye out for the best bingo games on the market.

Cheating in bingo (online or in the land-based bingo hall) is basically impossible these days. They’ve seen it all before, so casinos and bingo halls have preventive measures up that will put a stop to just about every single way of cheating, so long story short - don’t bother.  Attempting to cheat in any form of casino game is a criminal offense, so keep it clean and have some fun!