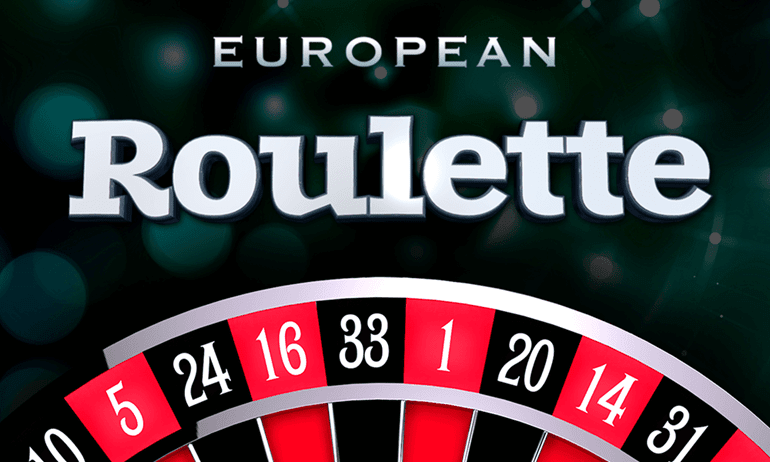 The European Roulette is a table game that is perhaps the oldest form of classic, regulated gambling. Invented in the 17th century by French Physicist and Mathematician Blaise Pascal. Its popularization spread from France (country of origin) across other parts of Europe and to the USA, from where it enjoyed full acceptance and approval of gamblers.

Unsurprisingly, Roulette still maintains its relevance and importance as the most popular casino game of all time. Its simplicity and high volatility have resulted in the loyalty of players to this game. The European Roulette developed by NetEnt is our concern in this review, but you can easily find UK Slots at Slots UK, if that is what you are after.

European Roulette is a classic game that has 37 pockets on the wheel, stylized and unique wager options, as well as simple in-built assistance options created by NetEnt to guide you through the game. But if you are looking to play the real money slot games, you can easily find them here at Slots UK.

How to Play European Roulette

The graphics of the European Roulette casino game are quite colourful enough to ensure you are not mistaken. The sound of the game sends you into a winning mood and has you spinning the wheels for more and more wins. The minimum wager value is 1 pound per chip, while the maximum is 500 pounds. You can bet your preferred amount repeatedly or combine it with other amounts. At the bottom right corner of the screen, you will find the best range.

To start European Roulette, you will have to choose a token on a specified number or group of numbers and turn the wheel alongside the ball. The number on which the ball lands is the winning number, and if it's the same number you chose, you win and get rewarded accordingly.

There's the Auto-play feature that offers you an opportunity to spin the wheels steadily without any interruption. All you need do is select your token and press the Auto-play button.

The European Roulette casino game has such features as inside bets, outside bets, dynamic statistics billboards, race track bets, favourite, and special bets panel. They are explained in details below:

This European Roulette feature appears on numbers 0 to 36 and can be found in the inner domain of the table. It has the following varieties:

Outside bets are found on the boxes close to the inner area appearing from 1 to 36. The following options:

This feature contains the billboard in the upper right corner of the game screen. It shows all statistics of your European Roulette game, history, as well as hot (active) or cold (dull) numbers. It has the options of hot or cold, black or red, and odd or even numbers, all for smooth gameplay.

There is the Race Track button, which opens and appears between the wheel and betting area. The race track button has a similar order of numbers with those on the wheel. It has the following varieties of bet:

These two buttons perform almost the same function. The first contains the Favourite bets option, where you star or mark game that you fancy (for any reason known to you). The next button is the Special bets panel, where you earmark some bets for later purposes. 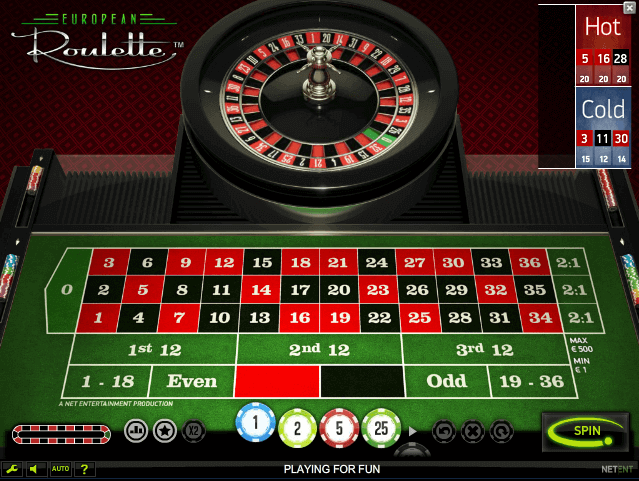 This European Roulette table game was developed by NetEnt. Found in 1996 and formerly known as Net Entertainment, NetEnt is at the preeminent echelon of the software development landscape. Even though arguable, NetEnt is the most successful and most patronized online gaming developer. It blazed a trail in the development of the first online casino software, which up to date, is very much relevant.

NetEnt has a jackpot platform that specializes in progressive jackpots, with millions of pounds paid to winners thereof. Add this is their live casino platform, which provides an avenue for players to play a casino game with others on board. It also has a mobile gambling platform, where everything happens live on the net.

The list of the games to their credit is endless, but here we list out a few of our other favourites other than European Roulette:

Often the table European Roulette game is dubbed the "Godfather of games." This moniker is much more accurate with this European version of the Roulette game provided by NetEnt. The European Roulette casino game is simple enough for you land unprecedented wins and set a record never before seen. However, don't forget to accustom yourself with the applicable rules.