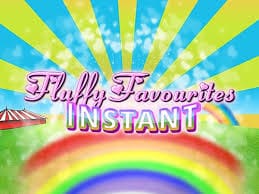 However, this version provides innovative gameplay radically different from typical UK slot games, and more of a card game. In this regard, this is a 3 in 1 game that offers you an opportunity to pick from the Game Picks feature.

The Game Pick feature would offer you blocks of games, from which you pick and scoop some wins. The next feature is the Major Jackpot feature that awards the potentials of winning mouthwatering prizes.

Apart from the features, the graphics here are utterly appealing to all kinds of players, which means you would have a great experience playing the game. Join us as we dissect more of this slot in the next paragraphs, as you can also play on Slots UK.

About Eyecon Studios – The Developers of Fluffy Favourites Instant Slot

Fluffy Favourites Instant slot was developed by Eyecon Studios, one of the industry's most prominent software developers. Whether you are a casual or regular slot player, there are chances you have to play the best slot games from Eyecon Studios at least one or two times in the near future.

A renowned software developer, Eyecon Studios has prioritized high professionalism in all its business models since inception. Eyecon Studios is a company based in Australia that prides itself on its versatility in developing all sorts of games.

Eyecon Studios has consistently and competently displayed diligent efforts to lead and dominate the iGaming industry while providing games that satisfy the vast majority of players. This is exemplified by the company's production of lottery games, social games, and computer games, all of which have garnered massive success over the years.

Eyecon Studios has remained at the top of its game by assembling some of the brightest minds for expert brainstorming sessions, adept math models, and application of cutting-edge technology.

These steps are substantial, as the more significant majority of Eyecon games are in most casinos the world over. The company has also been able to bag licenses in countries like Australia, the United Kingdom, Malta, Alderney, and the Philippines. The following are some games by this developer:

The above online slots UK and more are available on Slots UK. 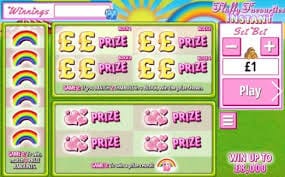 Fluffy Favourites Instant has a simple and smooth gameplay that quickly immerses you into the game. The Game Pick feature keeps you thrilled as you go through the different picks with different prizes up for grabs.

The Major jackpot feature offers you a whopping cash prize that rewards your gameplay when you hit the grand pot. The symbols of significant value include Pink Dragon, Panda, and Purple Hippopotamus, while the average-rewarding symbols are Lion and Turtle.

The symbols with the least payouts are Pink Elephant and Monkey, merging with the bigger guys to offer you optimum entertainment. Already noted, this slot is an innovative one, and you can't find typical wild and scatter symbols that you get on most other slots. You can wager on this game with a minimum of 10 Pence and a maximum of 15 Pounds for each spin.

You would get direct details of the gameplay when you play on Slots UK. 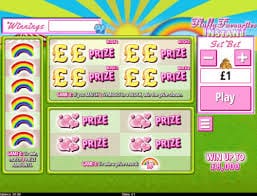 You would get the bonuses above when you play on Slots UK.

Fluffy Favourites Instant is the kind of slot you should play to have completely seamless gameplay. Play the game and rack up incredible wins on Slots UK now!

And while you're at it, check out some other Slots UK amazing games, including Fae Legend Warrior Slot.