Fluffy Favourites Fairground Jackpot is a new sensation in town, and it was launched very recently on 22nd of April 2018. The name of this slot UK game may be very familiar as it belongs to the Fluffy Favourites family by Eyecon.

The developer had previously managed to create two extra Fluffy Favourite games, and they are all similar to one another. One thing that makes this Fluffy Favourites Fairground Mega Jackpot one of the best casino games is the fact that it packs a lot of surprises just like all the former Fluffy Favorites games.

In order to enjoy this amazing release from the stables of Eyecon gaming, you'll have to play on Slots UK.

Eyecon gaming is an old kid in the block as they were Founded in 1997. This developer originally started as a computer game company, but they were quick to switch their focus to the online casino after barely two years of operations.

Ever since then, the game developer has become a successful provider of software that offers online games as well as to land-based casinos or operations. Up until now, this developer has created an impressive portfolio that has a little over than 100 casino slots.

Thus, it is safe to say that all of the slots by this developer comes with 3D animations and engaging gameplay, and exceptional graphics. Aside from online slot games, Eyecon is a software developer, which kicked off their now successful venture in Australia, also offers other gaming content.

Furthermore, this developer is dedicated to offering an array of services which include gaming systems, poker systems, game designs, and live dealer gaming experiences. Even though they have created lots of games at present, the professionals at Eyecon has also incorporated some other solutions to the online gaming industry.

For instance, they have a Cootha advanced system that meets every regulatory requirement, and it is meant for branded slots exclusively. On the other hand, the slot's F.I.R.E system offers progressive jackpots, and live gaming specifically for online casino operators.

Some of the best to play the best slot games by Eyecon includes:

You can play fluffy favourite slot games and more on slots UK. 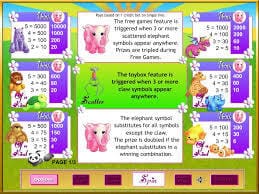 There are a total of 25 pay lines in play in this slot, with the punter being able to choose any number of them, but not individual lines. Here betting is done via stake per line, which may run from as low as 0.01 to as high as 0.50 coins for a line.

The ability for punters to bet pennies is available for those who have blank pockets, though, with a single payline and minimal bet, you are very unlikely to win a sizeable prize. The top symbols in this slot pay with only two of them on the gaming reels, and most other symbols require a no less than three.

The slot's pink elephant functions as a wild and also a scatter, doubling all of the win combinations that it is part of. 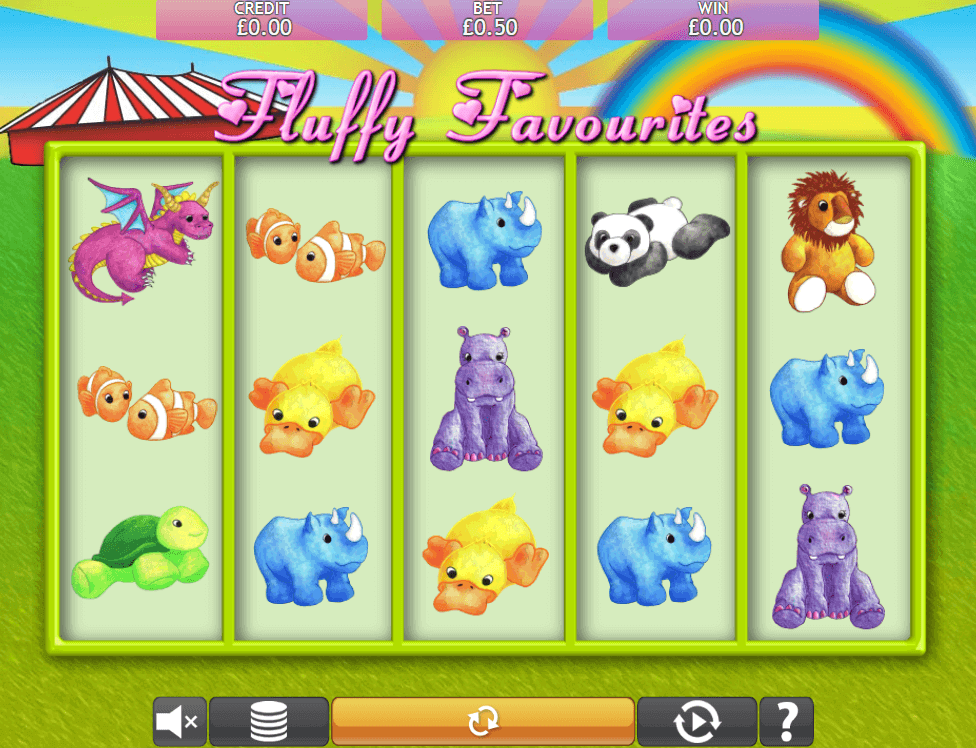 ·       Free spins: you can trigger these when you have three, four, or five elephants simultaneously on the screen. Fifteen, twenty and twenty-five will be respectively handed out. The slot's free games can also be re-triggered, for a max of fifteen times, and it will also lead to all the win line being tripled in value.

·       Pick a Prize feature: The game's Pick a Prize feature is fired when a punter is able to land three or more of the Big Tent-scatters on the gaming reels. Each of the picks allows the punter to win as much as 100 times his entire bet. The amount of picks greatly depends on the number of Big Tents that are on the gaming reels, with one additional pick awarded for an individual symbol.

Do well to trigger these bonuses by playing on slots UK.

This slot is a pretty exciting one, but you may get upset with the theme. Note that this is not the most revolutionary slot on the planet, but it is full of fun and excitements.

You can play this and some of the best games such as Book of Halloween Slot on slots UK online casinos.