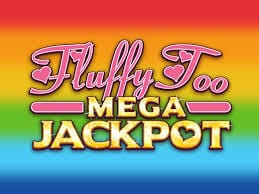 Fluffy Too Jackpot is a slot from the stables of Eyecon that sets off on the hills of already existing Fluffy series. Fluffy series has garnered a widespread following from slots online UK fans. Therefore, with this new addition, we yet again have a smash hit on our palms.

Fluffy Too Jackpot is a slot that provides us with a sweet sensation served from cute little toys. With a cartoonish design, you play the Free Spins feature that awards some free spins to your gameplay.

The Coin Pusher feature is where you get some bonus picks in the form of multiplier values and can be up to 100 times your wager. The Jackpot feature is the addition in this game, and you get to play 3 progressive jackpots that increase your winning potentials by far.

This wonderful slot is played on 5 reels, 3 rows, and 25 pay-lines. More details of the game are provided below, for you to grasp and also head to Slots UK.

About Eyecon Studios – The Developers of Fluffy Too Jackpot

Fluffy Too Jackpot is an amazing software product from the portfolios of Eyecon Studios, a huge casino developer in the iGaming scene. Eyecon Studios is a developer with tons of highly acclaimed and patronized casino games, spanning across all game categories.

This developer has capitalized on the soothing and comforting nature of cartoons to deliver games with a topnotch cartoonish display, not just ion one but in the form of series. Based in Australia, the company has popularized the Irish culture in its slots more than any other developer, hence gaining a significant following of a broad range of players.

The company was founded in 1997, from which time it has not relented in the production and marketing of games that appeal to all classes of players. The company has also spread its wings across other jurisdictions such as the United Kingdom, Malta, Alderney, and New Zealand.

It has games in several categories, such as slot games, progressive jackpots, table games, card games, and keno games.

Some online slots games by this developer include the following:

You would get the above games and more UK slots on Slots UK. 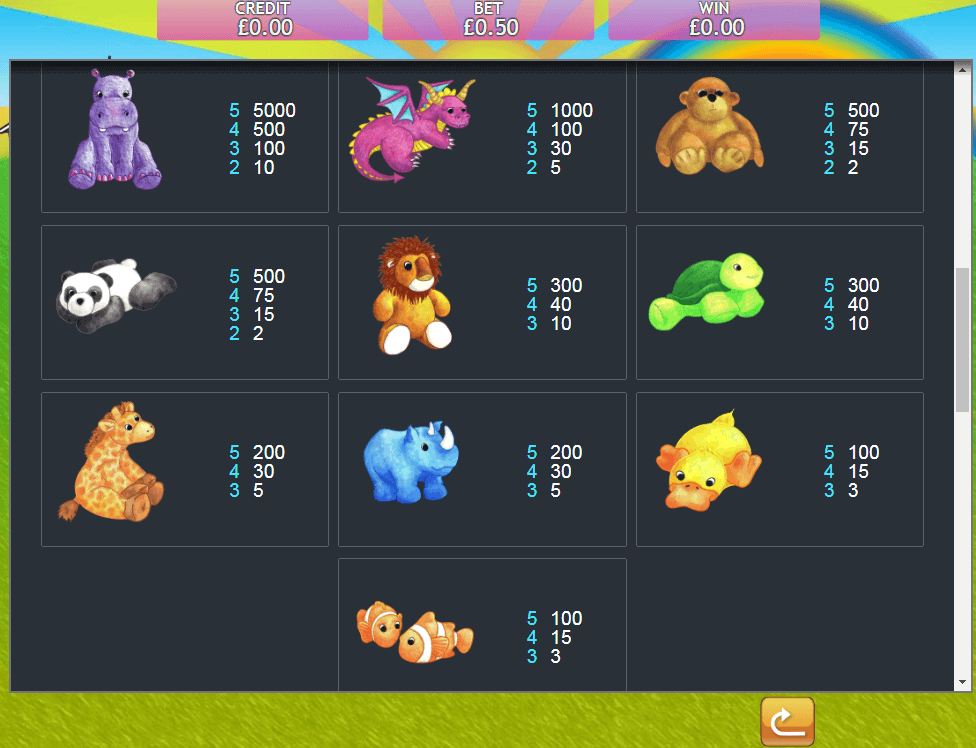 Fluffy Too Jackpot Gameplay and Symbols

The gameplay starts with the Coin Pusher that offers Pick bonuses that can reveal up to 100 times your wager. The all-powerful Free Spins feature offers you free spins according to the number of symbols that enabled the feature.

The symbols here include Pink Dragon, Giraffe, Rhinoceros, Panda, Duck, Clownfish, Turtle, and Lion. The Pink Elephant is the wild symbol that doubles all winning combinations it's part of, and also replaces all other standard symbols on the reels.

The Pink Elephant is also the scatter symbol that triggers the bonus game. The bet here is between a minimum of 10 Pence and a maximum of 12.50 Pounds for each spin.

You can grab more of the gameplay when you play on Slots UK today.

Bonus Feature and Free Spins in Fluffy Too Jackpot

The Coin Pusher feature is enabled by getting 3 or more scatter symbols anywhere on the reels. You are offered Pick bonuses according to how many scatter symbols that triggered the feature. Each Pick comes with a value, and the maximum is a multiplier value of 100 times.

The Free Spins feature is activated by aligning at 3 or more Pink Elephant scatter symbols anywhere on the reels. You are offered free spins according to how many symbols activated the feature – with 3, 4, or 5 awarding you with 15, 20, or 25 free spins.

The Jackpot feature has 3 jackpot – Mini, Midi, and Mega jackpots. Each of these jackpots awards differently and can result in a prize win of up to 37,000 Pounds.

You can activate the above bonuses when you play on Slots UK today.

Last Thoughts on Fluffy Too Jackpot - Hit or Miss?

Fluffy Too Jackpot is an appendage to the initial Fluffy Too slot, but this version offers much higher potentials to grease your pockets. In this regard, you would be greeted by awesome features as well as the jackpot addition. So, you are bound to walk home with many wins when you play on Slots UK now!

While you are at Slots UK, you can check out other amazing slots games, including Book of Gold: Classic Slot.