Bonanza by Big Time Gaming is a 6 reel, 117,649 ways to win mining themed UK slots game. It is no doubt the most popular Big Time Gaming slot. It was so successful; it coined another version which became even more popular than its parent slot. Bonanza Megaways is considered the best Megaways slot of them all.

Features in the game include wilds, cascading wins, multipliers, free spins, etc.  When the Bonanza Free Spins feature is activated, players receive 12 free spins when the letters spell out G, O, L, D. It’s possible to win 5 more free spins during the feature and some exciting bonuses. There’s more ahead so start your stakes at 20p to £500 a spin and get to mining that treasure.

About the Bonanza Online Slot Game

Bonanza has some great visuals on offer. The action in the slot is set inside a mine. There are all the markers of village life- waterfalls in the distance and huts on hills. Symbols on the reels include; card values Q, J, K, 10, 9 and A, granite blocks and 4 gemstones.

The purple one rewards the highest value where if 2, 3, 4, 5 or 6 appear on a payline, you will receive 2x, 5x, 10x, 25x or 50x your stake. There’s a cart above the reels carrying 4 symbols on every spin. Each cart adds an extra symbol to the reel that’s directly below, making for providing another potential win opportunity.

The wild symbol is represented by the sticks of dynamite. The wild can substitute all the other symbols on the reels except the scatter when it appears anywhere above the 2nd, 3rd, 4th and 5th reels.

You may have noticed that this slot has an insane amount of ways to win. That’s because it’s a Megaways slot game. Anywhere between 2 to 7 symbols can appear on each of the 6 reels, so every spin comes with a new amount of ways to win. If 7 symbols appear on every reel, you activate the maximum number of Megaways at 117,649. Successful winning combinations are formed when matching symbols appear on adjacent reels from the 1st reel.

Bars of gold can appear in carts located above the reels in the feature. 3 of them will add 5 free spins to your total. 4 bars of gold will add you 10 extra free spins. Just like the multiplier, there is no limit on the number of free spins you win. 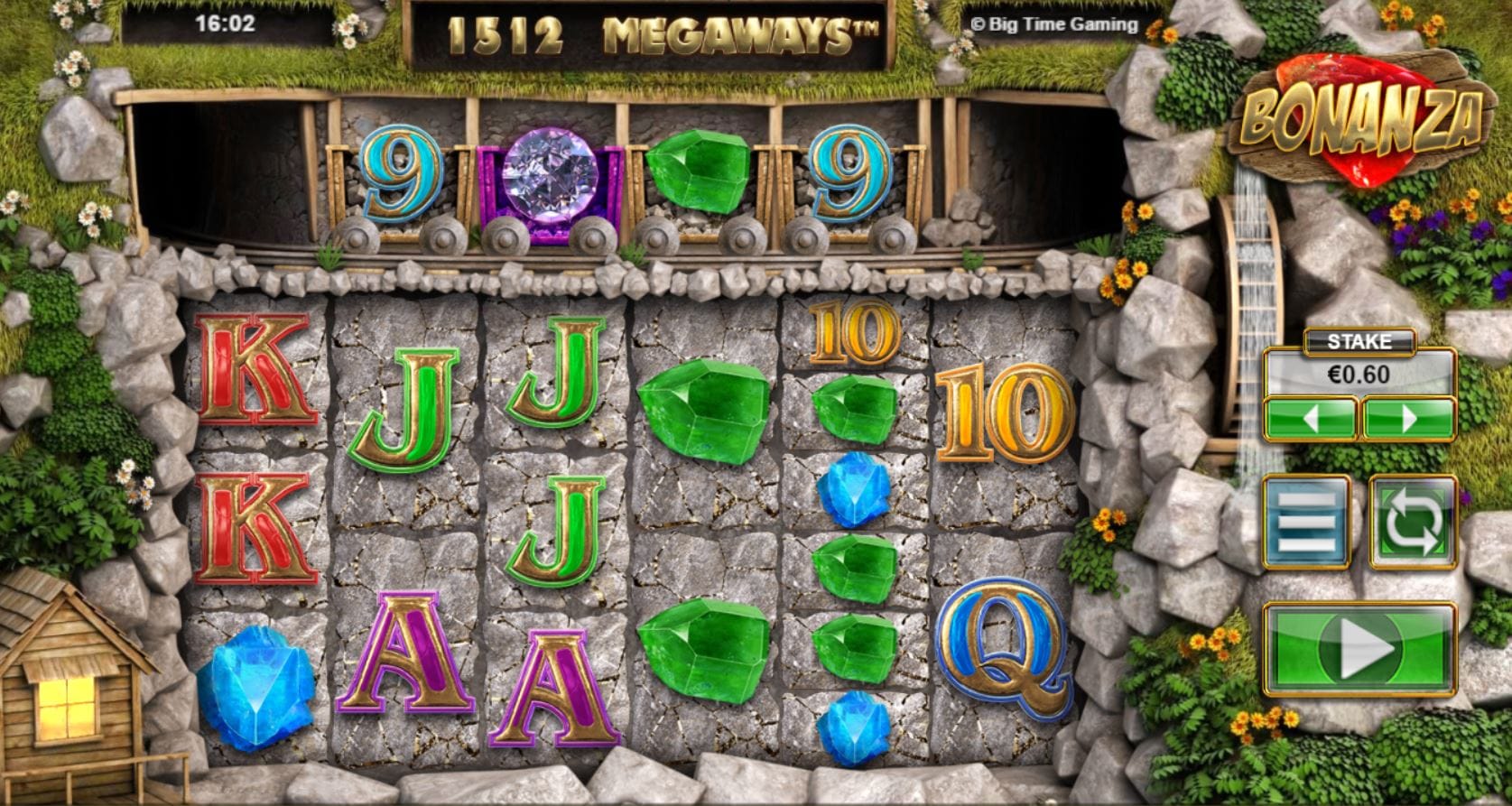 Big Time Gaming is an Australian based slot developer. Their collection of slots consists of over 20 games covering different genres including love, humour, action, etc. They also have Roulette and Blackjack. They supply games to William Hill, Ladbrokes, Sky Vegas, Amaya, Betfair, Mecca, Monte Carlo Casino, Leo Vegas and many more highly respected casinos all over the world. The company is licensed to run online gambling operations in the UK Gibraltar, Alderney and Canada.

Big Time Gaming already has a polished track record in game development mainly attributed to CEO Nik Robinson, CTO Huw McIntosh and Ian Schmidt, the Creative Director. Nik has got more than 20 years of gaming experience having worked at the forefront of game development at NT Media, before joining New International in 2005.

Huw, on the other hand, has over 10 years of experience working at Openbet and NT Media with Nik. Ian was developing games for Rock Star games long before he joined Big Time Gaming. Find new casino promotions at Slots UK! 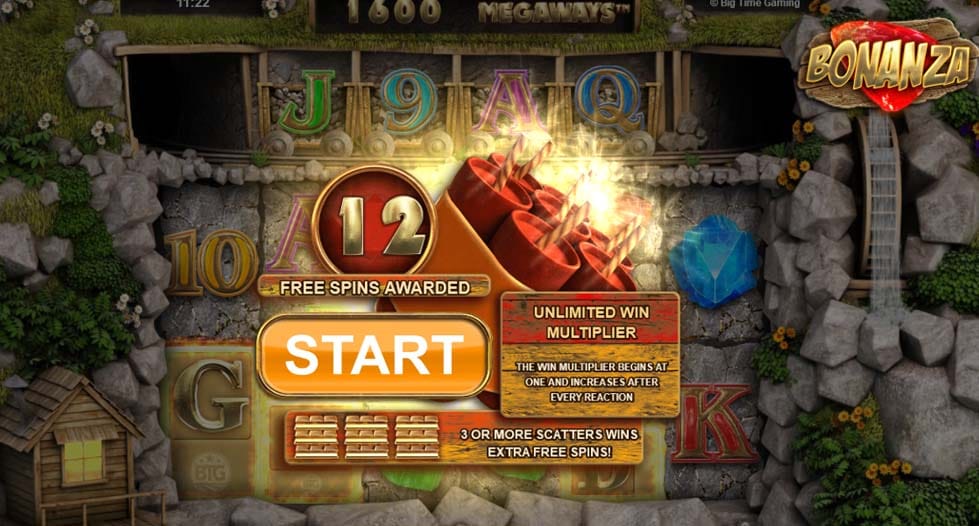 The Verdict on the UK Online Slot

Bonanza by Big Time Gaming has a lot on offer in terms of action. It’s a fiery Megaways slot games where your best winning opportunities will come in via the Free Spins feature where the multipliers can alter your wins exponentially. The design in Bonanza is simple and to the point, a contrast to most Megaways slots, which adds to its charm and appeal.

The hillbilly soundtrack fits the theme perfectly. Bonanza bonus features offer up some high-quality entertainment especially when you get lucky with the free spin symbol explosions. You also never know when you could stumble upon that hidden Bonanza gold.

Players can receive up to 10,000x your bet on a single free spin. Bonanza has an RTP % value of 96% which is awesome and way higher than other RTPs usually are. Its variance falls in the middle to high category and it is one of the most popular slots worldwide.

As a result, many punters consider Bonanza Big Time Gaming their go-to slot for a winning spree. This, of course, depends on how lucky you are feeling and whether the gods will look down on you.

Bonanza has so many themes going on that it is quite difficult to determine where exactly it fits. It’s got a mix of a Wild West theme and mining theme. Either way, one thing’s for sure; you will go looking for treasure in Bonanza and you will find it thanks to Big Time Gaming. Check it out wherever you like playing online casino slots.

Did you enjoy this article? Why not read some more? Read our thoughts on the Big Bad Wolf slot game!