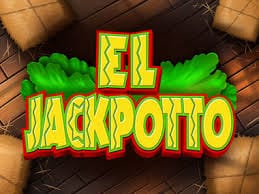 El Jackpotto is an online slots game that follows the theme of Mexican wrestling. This slot takes you into the life and exploits of Senor Burrito, a burrito salesman who wears a mask and transforms into a wrestler in the evening to shed blood, tears and sweat to be crowned the Ultimate Luchador Champion. This game is developed by Blueprint Gaming who has a very popular similar game to this one.

Fast becoming a favourite in online slots UK, the slot features 5 reels and 3 rows which plays smoothly beside Senor Burrito's food wagon. When you see him don his wrestling attire, it means you've triggered the many bonuses this game has to entice you.

Read more below or play this game and several other online slots UK now on SlotsUK.

About Blueprint Gaming - The Developers of El Jackpotto Slot

El Jackpotto is developed from UK slots leading developers, Blueprint Gaming. They are a part of Germany Gauselmann group and their aim is to create exciting slot games for the global online and mobile markets. Their Slots UK usually features action-packed theme on the standard 5 reels and 3 rows slot.

They are known to give players enough bonuses to keep players coming back for more. Blueprint in this slot has done a number in displaying flamboyant attires and acrobatic moves, all in high-quality graphics. Their colourful graphics, upbeat soundtracks make some of their new slot games popular which include:

You can play the best online slots UK from this developer and many others on SlotsUK. 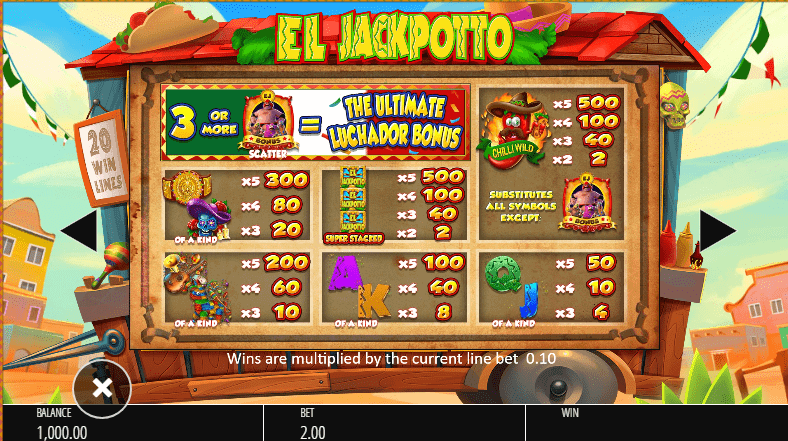 El Jackpotto features 5 reels, 3 rows, and 20 paylines. You can support Senor Burrito to become the Ultimate Luchador champion with a bet as low as 0.20 coins and a maximum show of faith with 500 coins. On the 5 reels of this online slot, you'd find symbols designed in form of colourful pinatas, packing cards, gold belts, senor burrito's logo, skulls, and the chilli wild.

The highest paying symbol is this chilli wild which can substitute for all symbols except the bonus. The chilli wild can give you up to 25 times your stake for 5 on a payline.

For a slot in the many free slots UK, this game packs a lot of huge bonuses and looks fantastic. You’d see senor burrito pop up randomly throughout the game to squirt the reels with some special sauce or randomly release a big fart for some exciting bonuses.

This game pays high with you having the chance of winning up to 10,000 times your stake when you collect as many bonus features as possible. There are a number of free spins you'd see known as Rocket Wild Free Spins and Ready to rumble free spins.

The Rocket wild Free spins are courtesy of a rocket strapped to Senor Burrito's back to detonate a random set of wilds and the Ready to rumble spins are courtesy of him defeating opponents like El Capitan, El Nacho King, and El Pollo Diablo in the ring. Cheering him on to win these three matches means huge money wins for you. 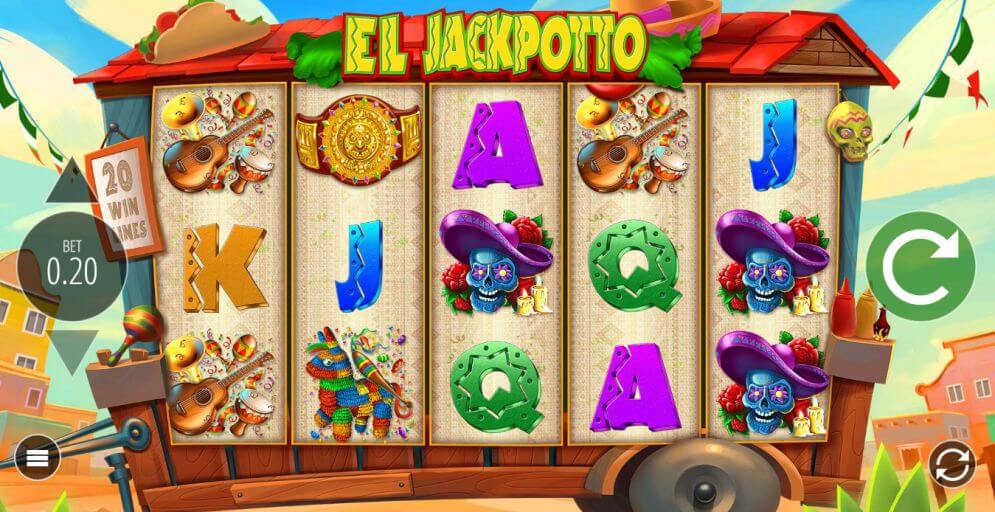 El jackpotto features a lot of bonuses which will have you gasping. Most slots UK don’t come near in bonuses. The bonuses include:

Try to trigger these bonuses on this game and other UK slots game on SlotsUK.

El Jackpotto is quite fascinating for most Slots UK. It lets you enjoy the life of a salesman and wrestler in one adventure and action-packed game. With the multipliers and bonuses that come with, it’s definitely a game to play. Give this game and other no deposit slots UK a chance when you start playing on SlotsUK and win massively!

If you have enjoyed El Jackpotto Slot, why not try another exciting game at Slots UK - such as Dragons Luck Slot.