There is a whole wide world of online slot games out there in the modern online gaming landscape and they come in a beautiful variety of themes. One of the more unique themes out there has to be the music themed slot game, as legendary artists and bands have bee made into slot games from time to time. And they do not get much more legendary than Guns N’ Roses.

One of the most iconic rock bands of all time, the famous guys from the group feature in this well designed tribute from NetEnt that brings some of their hit songs and trademark rock and roll style to the reels. 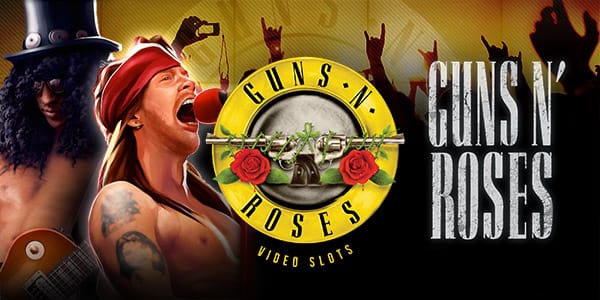 If you are a fan of Guns N’ Roses then you will need no further encourage to spin the reels of this, the Guns N’ Roses video slot. However, I case you do, let us tell you that there is a lot to enjoy about this casino slot UK, form the various bonuses features to the great graphics and animations on offer.

Expanding wilds and random bonuses add a sense of unpredictability to the game and this, in essence, is what gambling is all about. You have 5 reels to work with and the Guns N’ Roses slot has 20 pay lines. No less than six bonus features are involved in this all action title, that will help you get your wins up and there is a jackpot of 2000 times your stake to be lusted over, too.

The betting starts at just 20p for a spin on the Guns N’ Roses slot game which is far cheaper than a ticket to see them live. The betting goes up to £100 per spin, so should you land a decent bet on this game you will be more than able to afford a gig ticket, merchandise and whatever else a fan of this legendary band could ever need.

Axl Rose and Slash, iconic members of the band also feature in this game, creating a real sense of nostalgia for any major fans and this, alongside the soundtrack from the band itself, makes for a cohesive all round experience.

The slot game developer is often a unsung hero as far as the online slot game world goes, but fear not, for we like to shine a light non their hard work. If this online slot game business was a band, the developers would be the drummers, keeping things ticking but rarely taking the spot light away from those in the front. NetEnt are the brand behind this band-inspired production, as it is they who were tasked with the challenge of converting one of the most revered bands in pop culture history into an entertaining slot game. Considering the cult like fans that Guns N’ Roses have across the whole world, it is fair to say that there was a bit of pressure of NetEnt.

As always though, this celebrated brand delivers a great slot game and Guns N’ Roses video slot is just one title in a seemingly endless catalogue of great online gaming games that they have made. NetEnt can be relied on to deliver games with really good graphics and attention to detail. This is clear here, with great designs across all the symbols that are, for the most part, relevant to theme exclusively. The addition of the Guns N’ Roses soundtrack is a really nice touch from NetEnt that adds a sense of depth to the overall slot game experience.

Working with such a popular brand, it was also a wise decision to keep the minimum bet on this game fairly low as so many people will want to play just because it features Guns N’ Roses. However, whether you are a fan of this band or not, NetEnt have provided a great slot game that many people will enjoy and the accessibility to it across all platforms is another great touch from them.

Nonetheless, before you start playing this game – make sure that you check out our 2020 slot game promotions!

This game is easy to jump straight into and, providing the internet connection you are on is a half decent one, the screens will move quickly and you will be in amongst the action in no time. The Guns N’ Roses video slot starts with you placing your bet and this can be done for as little as 20p per spin. With bets going all the way up to £100, there is plenty of room to work and we found this really useful as we played the game.

There is also a lot going on here in the Guns N’ Roses slot game. Despite the family standard layout of 5 reels and 20 pay lines, expanding wilds mean that no spin is straightforward and it feels as if there are lots of different possibilities every time you spin which can only be a good thing.

The band are fulling rocking out as you play and unsurprisingly, the theme relevant icons are the most effective that you will come across on the reels. The base game has random features that keep you on your toes at all time and it feels like the bonus features are never too far away. 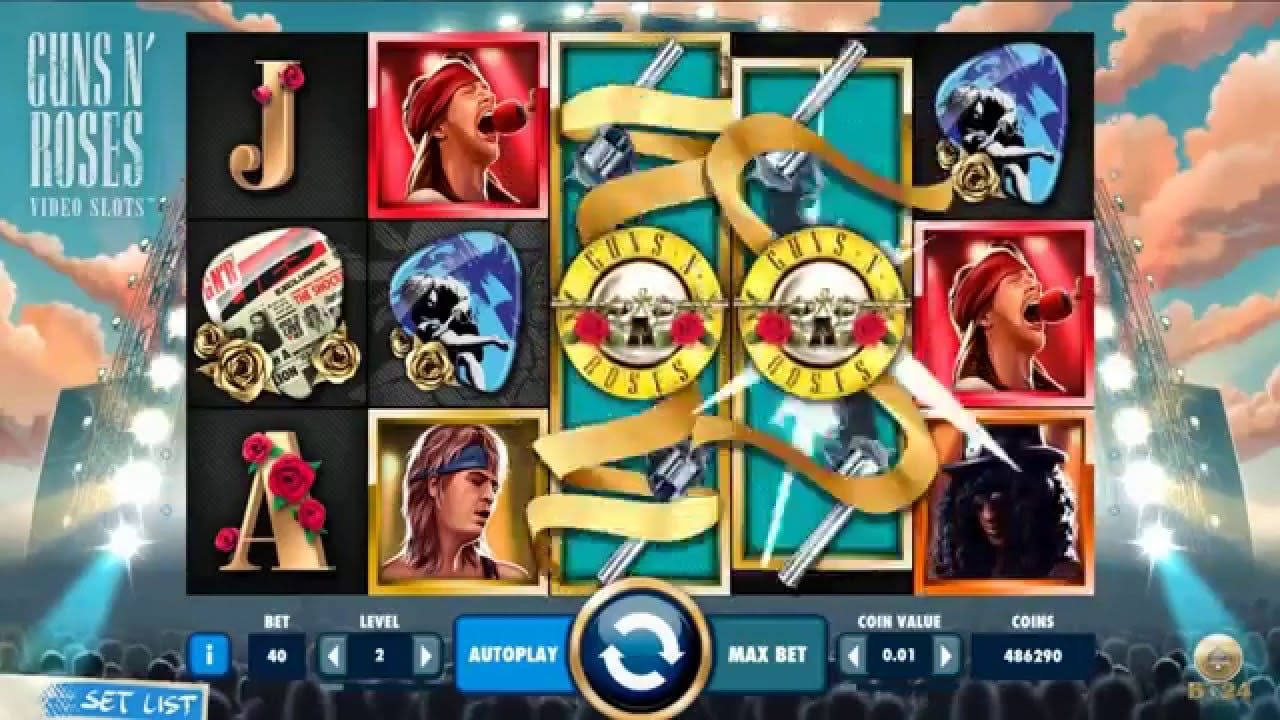 There are six bonus features in this game in total and this is a major appeal of the Guns N’ Roses video slot, even if you are not a huge fan of the band. As well as the random bonuses that take place during the gameplay, there is a coin win feature that gives an instant win, a free spins feature which uses the inevitable encore as it’s inspiration and a Crowd-Pleaser bonus.

The theme relevant bonuses in particular are really fun and once again underline the attention to detail at play here.

If you are a fan of Guns N’ Roses then you probably have not made it this far down the slot game review - you are probably already playing! If this game doesn’t seem like your type, why not check out Gonzo’s Quest slot instead?