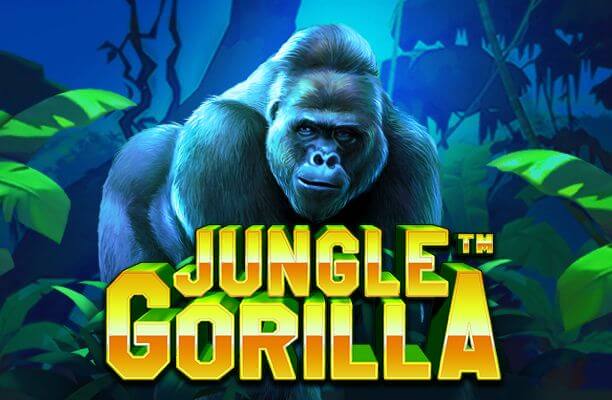 Dive deep into the heart of the jungle, as Slots UK brings you one of the best online slot games around in the form of Jungle Gorilla!

Made by Pragmatic Gaming, this animal friendly UK casino slots game brings all the fun of the rainforest straight to your fingertips, and gives you ample opportunity to line your pockets along the way. You don’t have to have a David Attenborough level of wildlife knowledge to join in with the festivities.

Playable on laptop, mobile and tablet, Jungle Gorilla has 5 reels and 20 paylines for you to sink your teeth into. With the multiplier wilds at play, you’ll definitely come away from your adventure feeling like you’re the king of the jungle.

Pragmatic Play are one of the foremost developers when it comes to 3D slot games, and with quality games such as Jungle Gorilla, it’s easy to see why.

Relative newcomers the online casino community having been formed in 2015, this developer have earned a reputation for producing some of the best slot games on the market. They’re constantly striving to improve with modern times, their already impressive portfolio of online slot games will only grow with time.

Here are some of the best Pragmatic Play slot games that you may have already come across in online casinos so far: 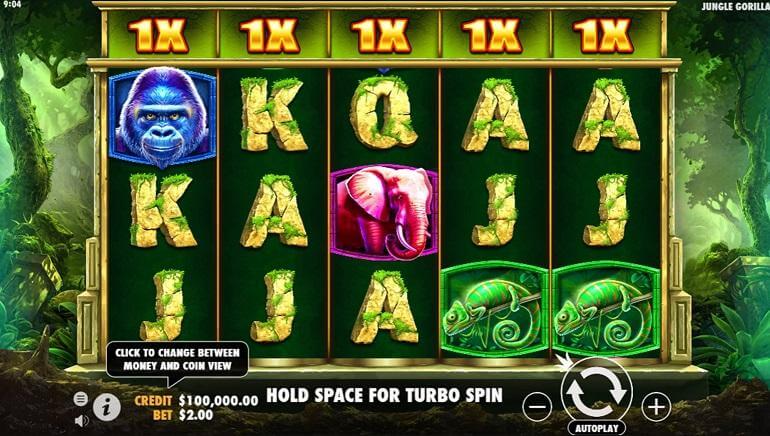 As mentioned above, Jungle Gorilla is a slot game which uses the traditional 5 reel, 20 payline format. You win by matching three or more symbols on consecutive reels.

It boasts a 96.57% RTP and the stakes range from 20p to £100. There’s also an autoplay feature if you want to have it playing in the background, which gives you up to 100 automatic spins – just remember to gamble responsibly.

As expected, jungle animals feature heavily in this online slot game. As well as the standard playing card icons (A, K, Q, and J), you’ll also find a lizard, parrot, tiger, elephant and of course a gorilla. The gorilla is the most valuable of all the symbols, paying up to 4.5x your original stake.

Even more valuable is the wild symbol (an icon that just says the word ‘wild’) which could be worth up to 25x your bet with the right luck. There’s also a scatter symbol in the form of the gold coin with a gorilla’s face adorned on it.

Unsurprisingly, the reels are set in front of a jungle backdrop, with a bouncy soundtrack accompanying you whilst you play. 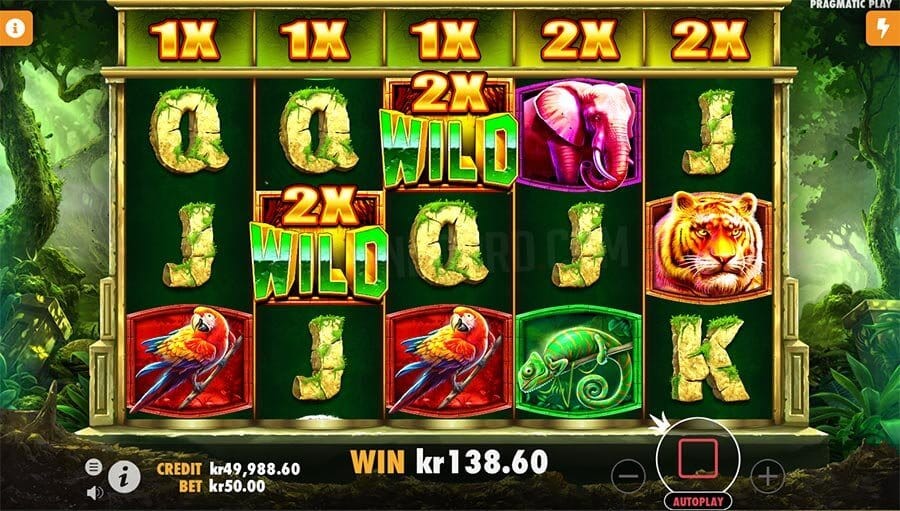 The gameplay for Jungle Gorilla is definitely stripped back, as there aren’t any slot bonuses or free spins to be found in the base game. However, there is one feature withing the game that can help stack up your winnings.

Our Verdict on Jungle Gorilla

Overall, Jungle Gorilla is a fun slot to play. The people at Pragmatic Gaming have clearly put in great effort to make the game look good, and the well designed symbols and layout show that.

Whilst the lack of bonus features is a drawback, the Multiplier Wilds more than make up for it. It gives the game the right balance of being unpredictable whilst still being lucrative, so you can have fun whilst you make some money. It’s definitely worth a go!

Break Away Lucky Wilds Slot is another amazing game available at Slots UK!