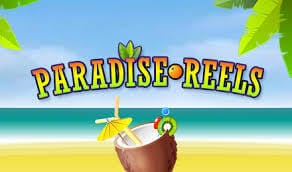 Created by Eyecon, Paradise Reels is a beautifully themed tropical slot which will have you overlooking clear blue skies and palm leaves.

It’s got five reels and nine pay lines, and in addition with the tropical background music, it’s certainly one of the best games at Slots UK online to take you far away!

A leading provider of casino games, Eyecon Gaming offers all different kinds of successful content in the online gambling industry over the last 20 years.

Eyecon made some of the most iconic slots including Fluffy Favourites, so you can expect big things from Money Bunny!

Eyecon started out in 1997 as a computer games company and garnered great success with one of their first games titled Gore after it hit millions of downloads.

In 1999 the online casino scene started booming, but it wasn’t until 2003 when Eyecon released their first slot games which remains one of their most popular. 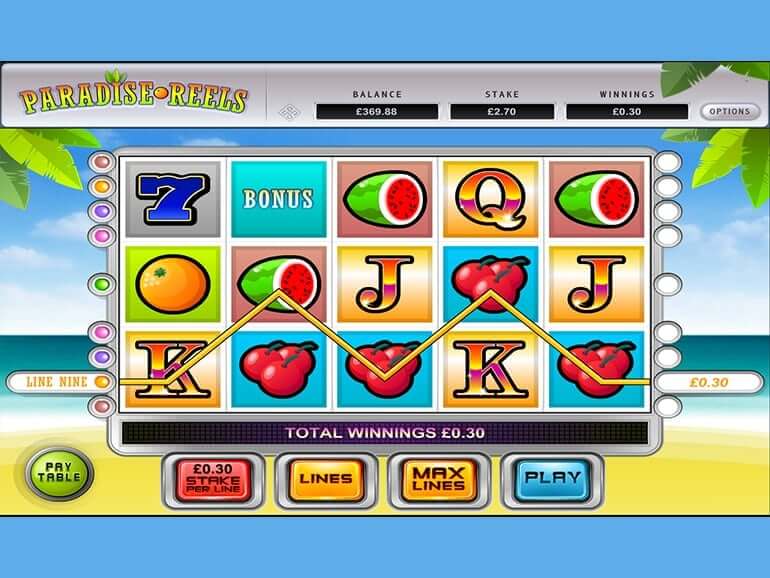 The symbols you can expect to find with this online slot include the classics you’d find with other traditional slot machine games.

Expect an A, 7, K Q, J along with watermelon, cherries and orange symbols. The highest paying symbol here is A, which awards 5,000 for five of a kind.

The K and Q aren’t too shabby either, and award 2,000 and 1,000 respectively for five of a kind. The gameplay with Paradise Reels is a more simple and straightforward one compared to other online slots.

First, choose the number of lines to activate from one to nine and then set your stake from 1p to £10. There’s also the option to play in auto spin mode. 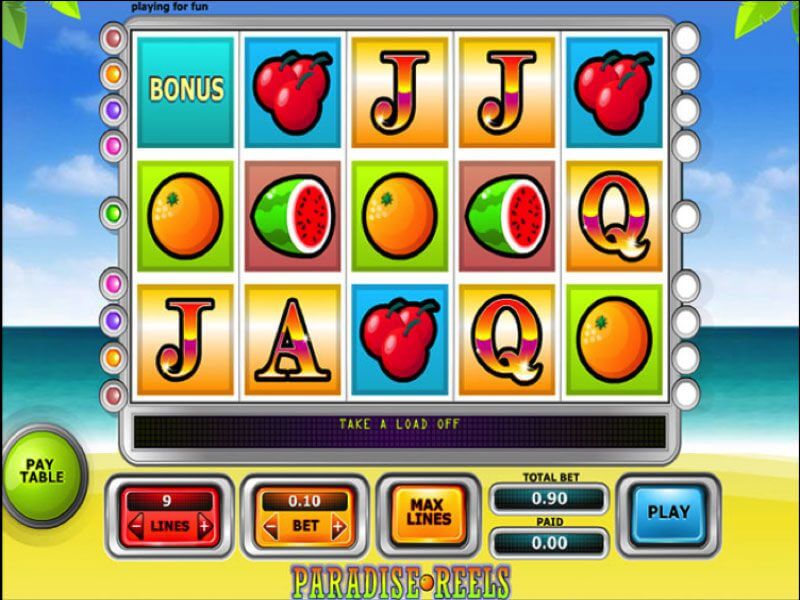 The kiwi symbol is the one you’ll want to hit, as it subs out all other symbols and helps form winning combinations.

The half coconut symbol will trigger the special bonus feature with this online slot, which when launched, whisks you to a beach setting and even more multiplier symbols!

Here you’ll also find that a strong gust of wind has passed along the beach and made the coconuts fall onto the yellow-white sand.

This is your bonus feature game, with eight coconuts splayed out onto the beach. Match three similar symbols here and you can win the amount specified in the coconut you’ve chosen!

If you’re looking for a game at Slots UK that will whisk you away, Paradise Reels is the one for you. This online slot will carry you to nice and warm destinations, and you can choose to go anywhere - Palawan and Boracay in the Philippines? Or, maybe you’d rather head to Maui and Kauai in Hawaii?

The gameplay with this online slot has a more relaxed vibe to it than what other slots have, and you can get some big wins with the multipliers and bonus features on offer here.

Paradise Reels is a great release by Eyecon, well worth a go if you want to escape or just try a slot which has a little something different to offer.

You might want to try playing a different game, we recommend you check out Pandamania Slot.