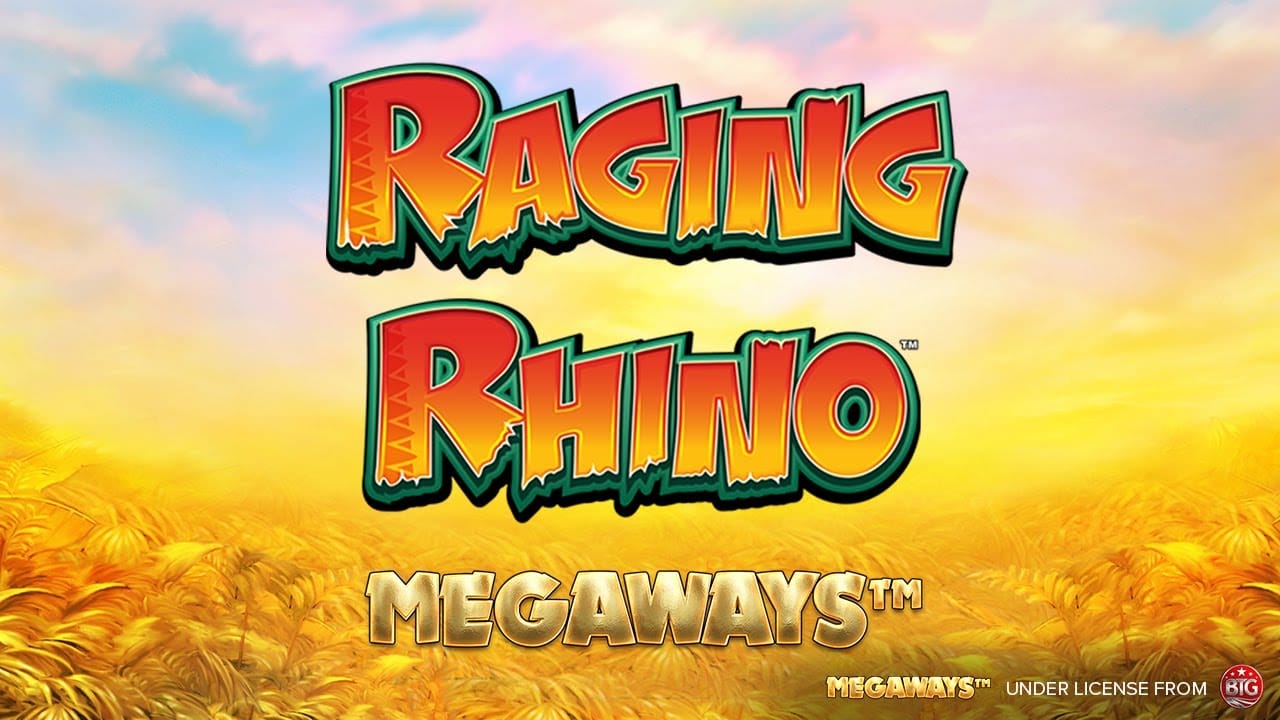 If you loved the original Raging Rhino Slot Game, get ready for Raging Rhino Megaways another exciting instalment in this casino games series!

Not quite a newcomer among the slots UK in the online casino industry, Raging Rhino has made an improvement with an online game that first made an appearance in 2014. The developers followed the latest trend of turning their games in Megaway slots and this has made Raging Rhino one of the most popular games in the online casino market.  The game looks like the original but with a few changes in graphics and colour scheme are noticeable when you play online slots now.

Players can expect to use a classic Megaway setup in a Bonanza style, offering 6 reels and up to 117 649 win ways. If you want even more ways to win, then you can always have a look at our casino promos to see if something catches your fancy. (Full Ts & Cs Apply)

About WMS Gaming The Developer of Raging Rhino Megaways

Raging Rhino Megaways was created by legendary game developer WMS Gaming, a company that has its roots dating back to 1943 when WMC was started.  The developers have a long list of popular games with their best online casino games being:

Here are some of their popular casino games:

Why not test out the demo mode of these spin slot games at the SlotsUK online casino. 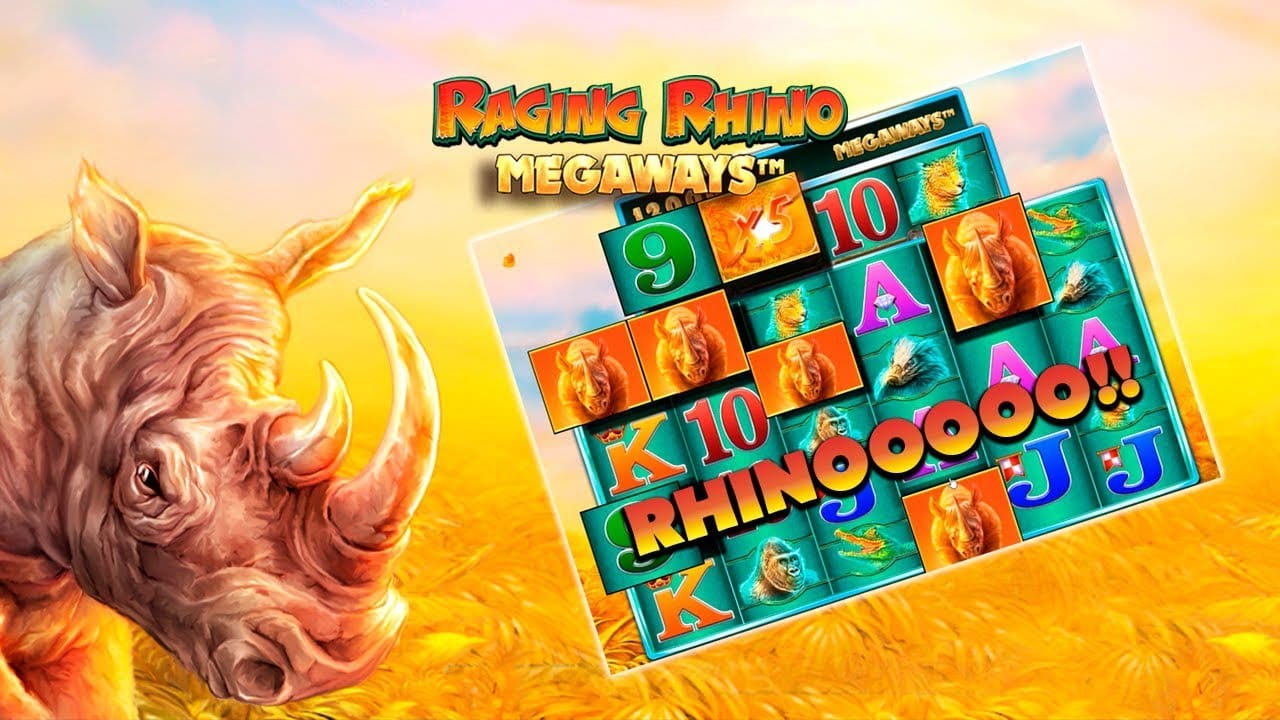 About the Bonus Features Found In Raging Rhino Megaways Game

Raging Rhino Megaways has remained true to its original visual appearance but has made an improvement through its Megaways slot which is a unique slot. The game still uses savannah as its background as well as gradient colours that go from orange to blue.

The important symbols include lower-value A to 9 royals and the same wild animals as before such as crocodiles, gorillas, rhinos, cheetahs and badgers. The wilds have been made to look like a sunset and perform their usual duties, which is to substitute all the symbols except the scatter. The wild also appears on the top horizontal reel in the main game only.  Raging Rhino has 6 reels.

The Bonus feature makes this the best casino online, making sure you never walk away with nothing. In the Free spins round, you are offered unlimited spins along with increasing win multipliers. If the feature results in 10x or less wins the player will be guaranteed a 10 times stake win. 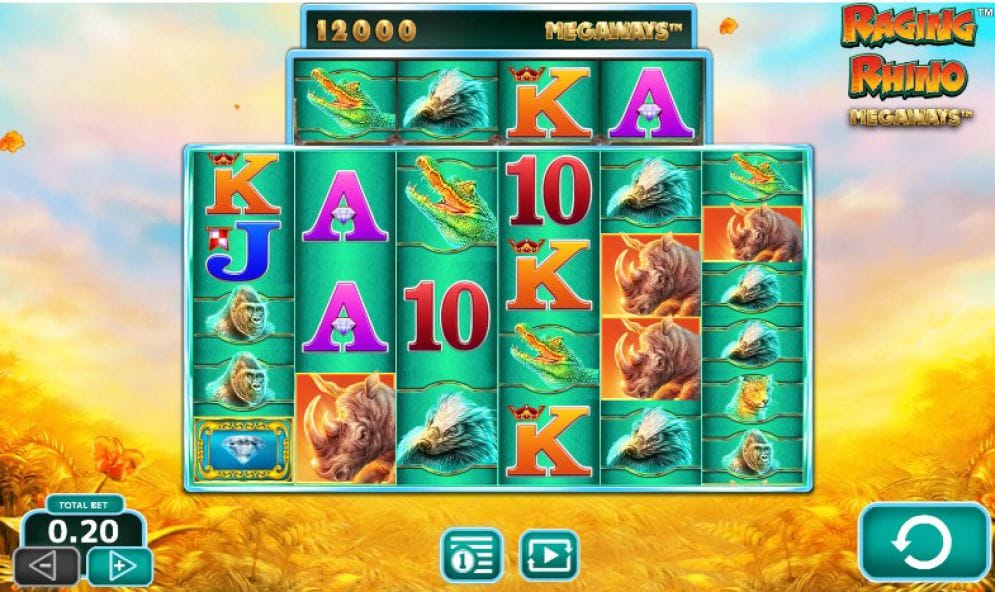 As much as it is loved by some, there are players that don’t feel the same about the game. It seems the developers may have dropped the ball with the way they made use of the Megaways concept which wasn’t as innovative as expected. Wild multipliers are not new as we’ve seen them in other online casino games. Being a classic game, it is still guaranteed to gain interest and hype as it does behave differently from other slots, and if you like to try a different slot with a more adorable theme than a raging rhino, then you can always give Puggy Payout Slot a try today!