You can never take too many trips to the end of a rainbow – it's not fair for the leprechauns to hoard all the treasure. Luckily, Slots UK brings you a chance to share in the wealth. We do this through the free online slots UK game Rainbow Riches Cluster Magic!

A sequel in Barcrest’s Rainbow Riches series, Rainbow Riches Cluster Magic brings all the qualities that made the previous games so much fun. Playable on mobile, laptop and tablet, it’s never been easier to join in with all the fun.

With up to 8 reels and a cluster pays engine at your disposal, Rainbow Riches Cluster Magic promises to be a fun sequel to classic games. It also comes with super bonus features which help keep you entertained for as long as you need.

One of the forefathers of online slot games, Barcrest have been in the online casino industry for a long time. Originally manufacturing the fruit machines seen in pubs, they’ve had to adapt to the digital age over time, but they’ve done so seamlessly. They were originally founded in 1968, but have been making online slot games since 2006.

Since striking gold with the original Rainbow Riches title, Barcrest have gone from strength to strength. They’ve amassed a vast catalogue of fruit slot games, and they show no signs of slowing down any time soon.

Here’s a small selection of some of the best Barcrest slot games that you can play in online casinos: 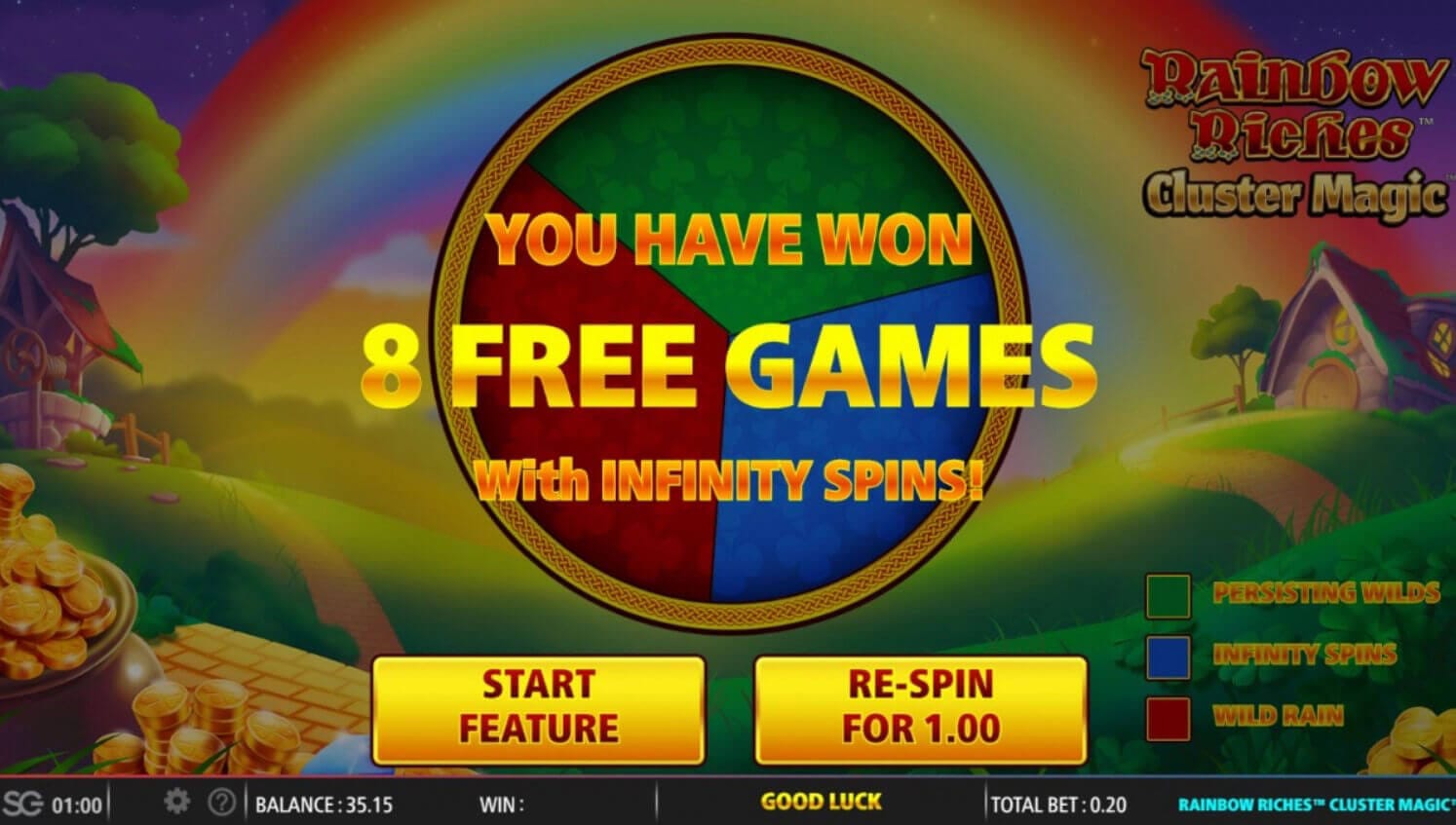 As eluded to in the game’s title, Rainbow Riches Cluster Magic uses a cluster pays engine. The reels are set up in an 8x8 block, with a 4x4 grid remaining fixed in the middle. Winning combinations are formed by landing 5 matching symbols in a cluster – vertically, horizontally or both.

This online slot game has a 96.01% RTP, and the stake ranges from 20p to £200 per spin. You can also use the games autoplay feature, which gives you up to 100 automatic spins. With all the multipliers at play, there’s a chance for you to win 12500x your stake.

The whole leprechaun inspired theme is immediately apparent on the reels. The symbols on the reels include several colourful gems, a toadstool and a leprechaun. The leprechaun is the most valuable of the regular symbols, which could be worth 250x your initial stake if you manage to land 10 of them in a cluster.

The pot of gold acts as the game’s wild, replacing all standard symbols. The game also has a cascading reels feature, whereby winning symbols are removed and replaced in winning clusters. The reels expand, unlocking more positions. With new symbols comes a new payout calculation, and the process is repeated for as long as winning combinations are formed. 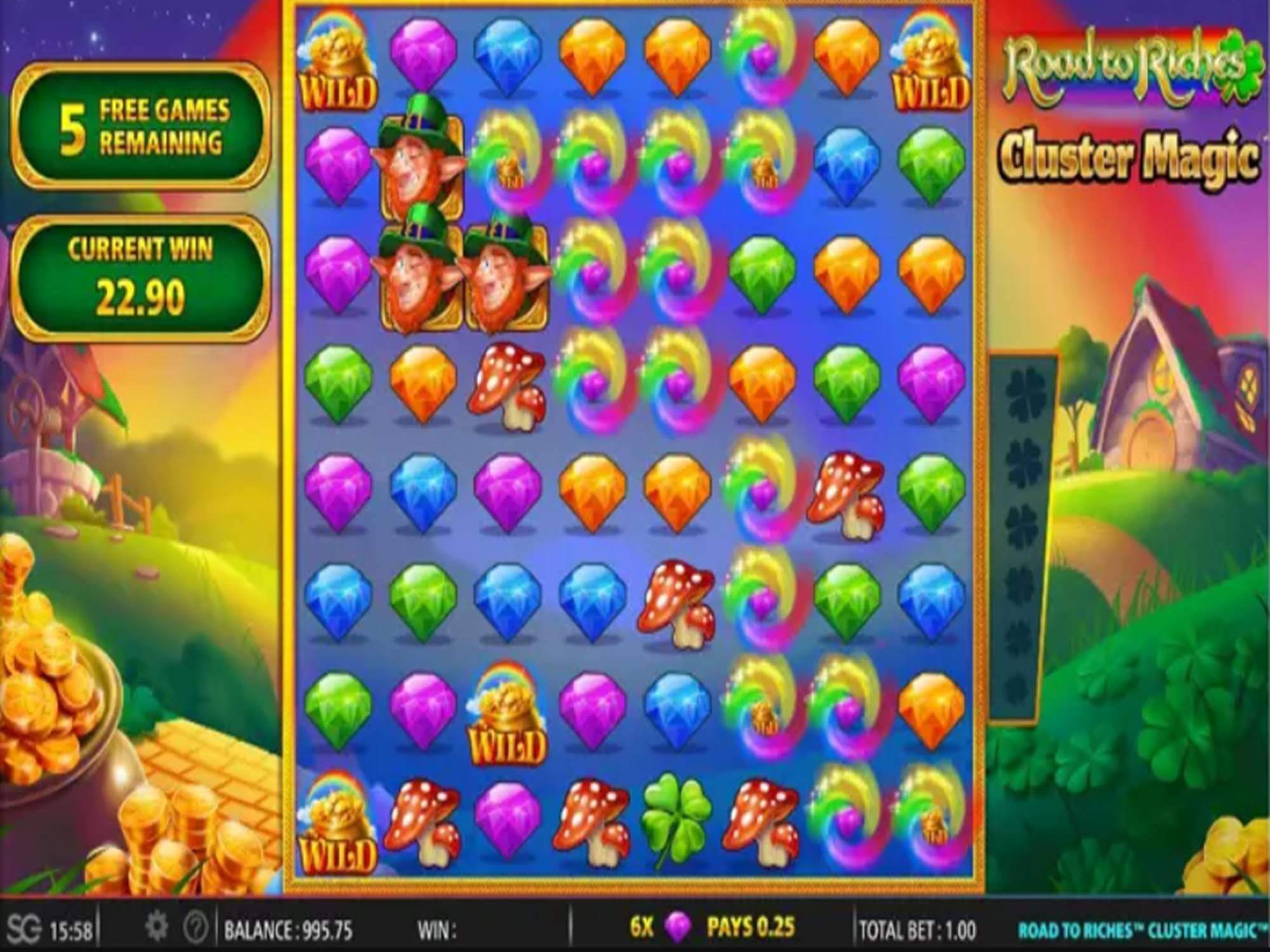 Landing 6 or more winning combinations in a row will activate the free games feature. You’re then given the chance to spin the bonus wheel, which then determines which extra is active during your free spins.

There’s a lot of fun to be had when playing this slot game. The cluster pays engine adds an interesting dynamic when compared to the prequel games, making sure the game remains unpredictable.

Reel Angels Slot is another popular title that can be accessed today at Slots UK.