A sequel is never as good as the original, oh! How wrong they were with this game.

Shaman Spirit is the highly anticipated sequel to the infamous Shaman’s Dream created by game developers Eyecon. The game takes off where the first one left us, which is following the stereotypical native americans through their treacherous journey as the white man, colonized their lands. Yes the game does make use of the overly commercialized images of the native Indians popularized by pop culture; however, there are a number of reasons why the game has become so loved throughout the online casino industry.

The reels are populated by images we have come to expect from slots online games of this theme as well as a few card symbols. Behind the reels lies an imposing mountain range with the peaks covered in a layer of snow while in the foreground stands massive trees that blow in the wind. Since this slots UK game was released the game can be found at numerous online casinos around the world and offers players the opportunity to make some really good cash by implementing free spins, wilds and scatters.

Expectation vs Reality When Playing This UK Casino Game

If you have played Shaman’s Dream you will undoubtedly notice that this sequel is almost exactly the same. Yes Eyecon have added a few new features, not to mention having done somewhat of a revamp of the characters and symbols, but overall the game feels pretty much the same except for the fancy new graphics and a little change up to the background music. There is a lot to expect from SlotsUK, and if you want to have a look at what you can expect from out new casino promotions, don’t hesitate to have a look at what we have to offer. (Full Ts & Cs Apply)

About the Shaman Spirit Slot Game

This native Indian themed game has been done a thousand times before by a variety of different game developers and for good reason. The genre has enjoyed incredible popularity which can be attributed to the numerous blockbuster movies that have incorporated the native Indians and their strife's during the time of western colonization.

The game makes up for its many shortfalls with the addition of the highly lucrative free spins feature, which as every avid online casino player will know is a good way to increase your credits. There are unfortunately no multipliers as well as no bonus game to make some extra bucks on, but what the game does offer are wilds and scatter to help you create winning combinations.

Shaman Spirit offers players an RTP of 95.4% which in itself is half decent. There are 5 reels and 25 paylines with a minimum bet of 0.01 while the max sits at 0.50. One thing that has changed slightly from the predecessor is the jackpot, which will see you walking away with a whopping 9500 coins, so even though the game may lack some features it certainly makes up for it with the jackpot.

The game has been made available to play at numerous online casinos and many of them will offer a no deposit bonus to entice you even more. Eyecon has made sure that the game can be played from just about anywhere in the world by making it compatible across multiple platforms including mobile devices and desktop devices. So no matter where you are or what you are doing, should the urge strike, you will be able to log on to your favourite online casino like Shamans Spirit.

In game players can expect to see symbols such as totems which take the form of either a wolf, an eagle, a bear a horse and a bison which are adorned in feathers as is the case with Red Indian totem poles. The standard card symbols such as 9, 10, J, Q, K and A make up the lower paying symbols while the higher paying icons are represented by the totem pole creatures mentioned above. 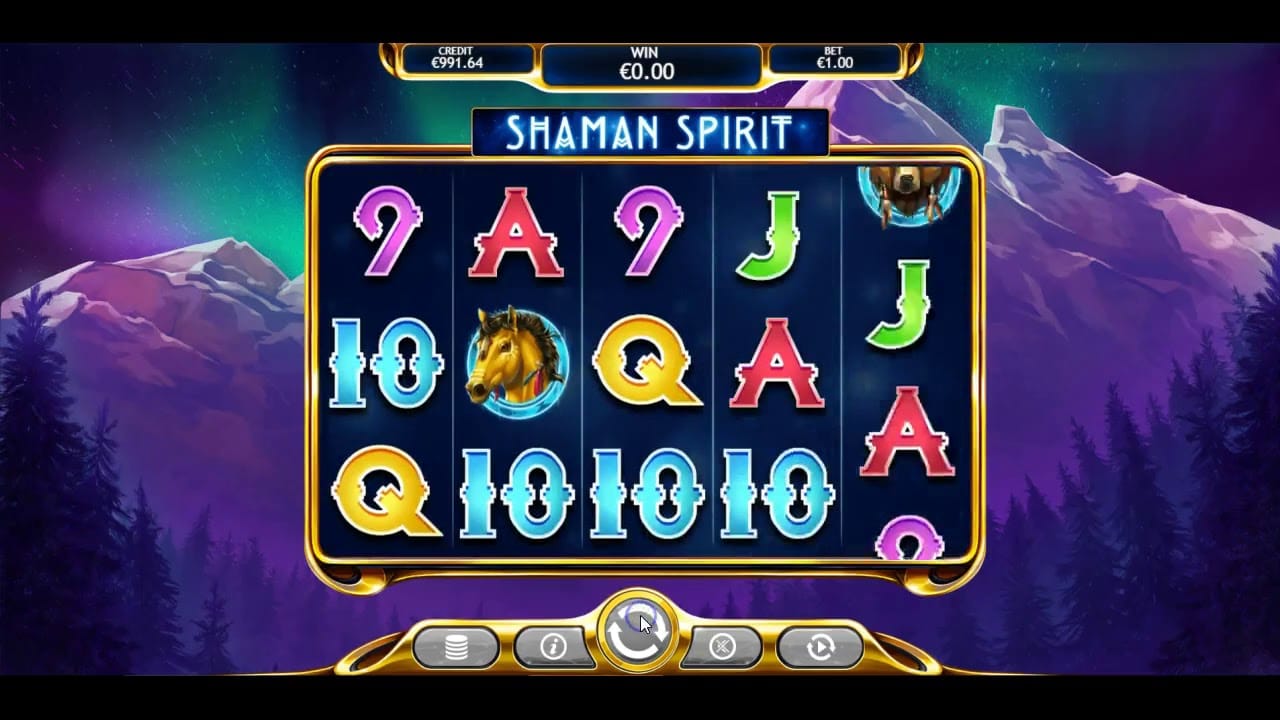 This is where the game lacks a little and this is due to the fact that the only bonus feature players can be on the lookout for is the free spins and a double your prize money feature. Other than those two features there’s nothing else in store for players. You could always have a quick look at what our other best slot games have to offer.

Free spins can only be triggered by landing 3 or more of the games scatter icons on a single spin. The greatest thing factor about the free spins feature is due to being able to retrigger these spins up to 15 times, making it the highest paying feature in the game should the spirits see it fit to bless you with high payouts, that is. Another reason to be praying to the spirits for the free spins is because any wins made during these free spins will be blessed with a 3x multiplier.

Double your money when the female spirit manages to appear on the reels during a single spin. This feature happens more often than you would expect so keep your eyes peeled for this lucky lady.

It is not often that a game does not quite live up to expectations; however this is one of them. With the lack of special features and what seems like just a lack of creativity from the developers, whether it be because of time constraints or any other reason, the game itself is all too similar to the first edition, Shaman’s Dreams. All in all the game is fun to play but will leave you wanting a little more to be honest. 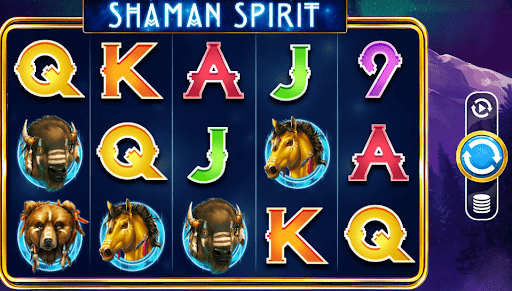 Other Games from Eyecon The Creator of Shaman Spirit

Eyecon released their first online casino game in 2003 which has turned out to be one of the most popular titles to date. Since then they have given the online casino industry many more incredible titles that have become world famous, something we have come to expect from the world renowned developers at Eyecon. Here are few more titles from Eyecon that you should definitely give a try when you get the chance.

Verdict of the Shaman Spirit Slot

It's rare we come over a slot game that is both entertaining as well as spiritual. But Shaman Spirit from Eyecon is all of that and more, as this game comes with both a great gameplay and bonuses. A great title that we recommend to everyone!

Another game we can strongly recommend, although from a different developer is Raging Rhino Megaways slot, for those of you out there who crave virtually endless ways to bring home the riches!