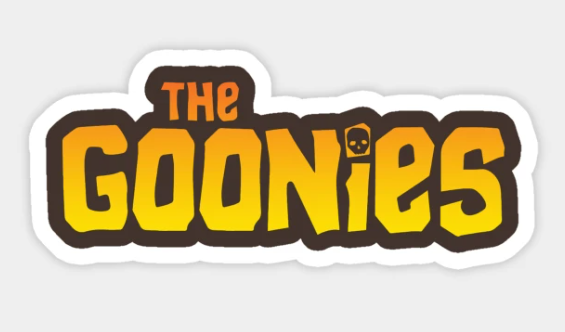 The iconic film of the 1980s, directed by Steven Spielberg, gets a game based on it and is developed by Blueprint Gaming. The Goonies is based on the movie and sees a pack of boys go on a hunt for treasures against monsters both real and imagined.

Coming in with five reels, three rows, and 20 paylines, the game is neatly designed and aesthetical. You'd see the reels set against a backdrop of the map used in the film and the reels itself filled with an array of symbols. The slots online UK game comes with a Return to Player (RTP) of 96% and medium-range volatility.

Also, you get to enjoy six bonus features in the base game alone, where the One-Eyed Willy's Bonus Boost is the most rewarding. These and more are present in The Goonies, and you can read about them below or play now on Slots UK.

About Blueprint Gaming - The Developers of The Goonies Slot

Blueprint Gaming is a leading casino games developer based in the UK and part of Germany's Gauselmann Group. They are the Goonies developers and have shown prowess once again in their knack for creating exciting slots.

The gaming company is popularly known in online slots UK and continue to entice more fans with different themes. Their games are usually incorporated with lots of bonuses, and you should look out for their free slot games UK. They have over 60 titles to their name, and some of their top online slots UK include:

These games and more are available to play on Slots UK from this developer and many others. 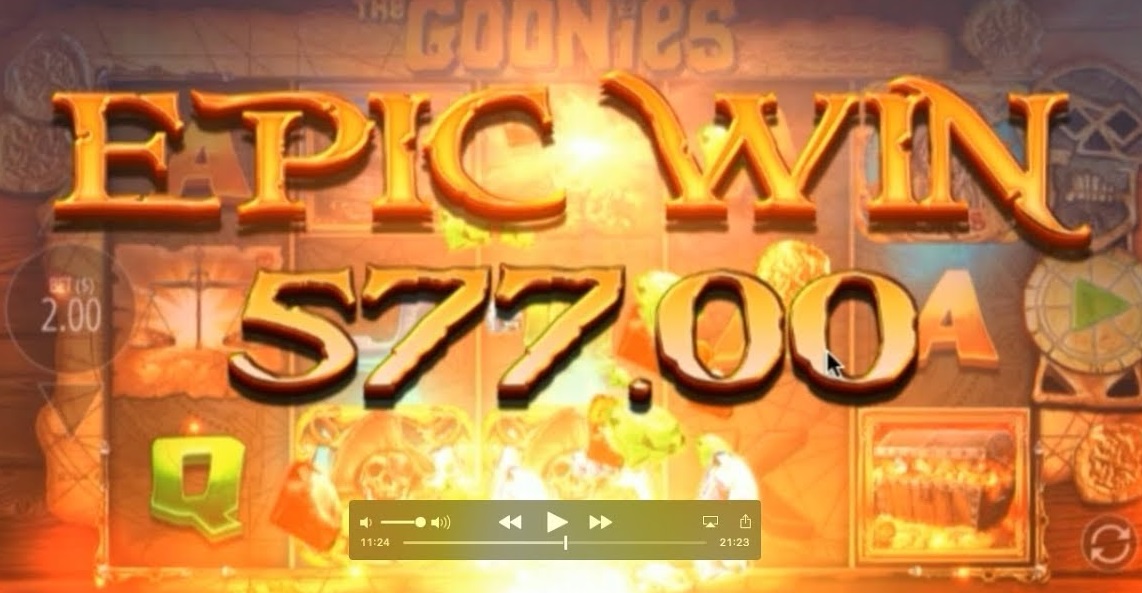 Playing The Goonies - Expectations vs Reality

Be a part of the bandwagon and go on an adventure of treasure hunting in The Goonies. The graphics and visuals of the game alone are top-quality and will get you sucked in at a glance. On your screen, you'd find a lovely layout of your reels surrounded by a skull and gold coins.

On either side of the reels, you’d find the play button and a bet button with up and down arrows to increase or decrease your bet.

At the top and bottom of the reels, you'd find columns that showcase your bet, balance, win, and time spent on playing already. On the reels, you'd discover symbols including a treasure chest, a rotting boat, a skeleton, scales, a pirate flag, and the familiar playing card symbols. When you land these symbols, your wager doesn't get multiplied; instead, you get coins.

For landing five of the treasure chest, you get 300 coins; for the rotting boat, you'd also get 300 coins. For the scales and skeleton, each of them is worth 200 coins, and the highest paying is the pirate flag giving 500 coins for landing 5 on the reels.

The wild in this game is an ancient coin that's also worth 500x your stake on landing five on a winning line. The skeleton is a special symbol that unlocks all bonuses in the game.

The minimum you can bet on the game is 0.10, and the maximum is 100 coins. Loaded with lots of bonuses, it's of 96% RTP and medium variance. 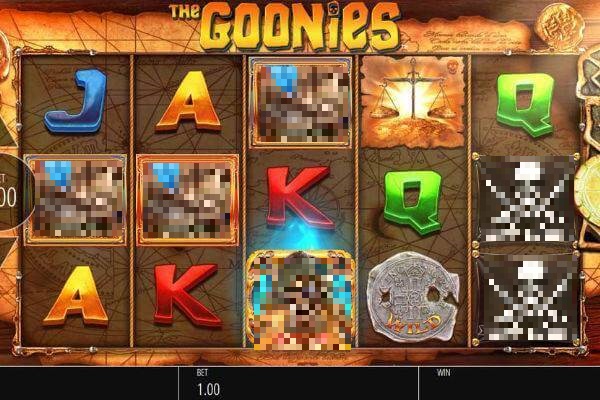 The Goonies are loaded with many bonuses you'd barely find in online slots UK. These include:

Imagine all you stand to win with these many bonus features on Slots UK. Start playing now and win massively.

Last Thoughts On The Goonies Online Slot - Hit or Miss?

Undoubtedly, there are many features to look out for in The Goonies. Both beginners and old players will certainly enjoy the game for its theme, gameplay, and bonuses.

Slots UK offers numerous games like this, such as Sugar Train Xmas Slot.