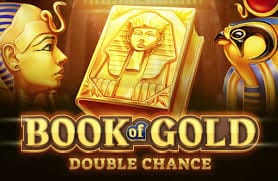 If you have ever played Book of Dead from a casino in the UK before, then you will be reminded of that slot by the game of Book of Gold: Double Chance as that is where it takes its inspiration from.

It is sent in an Ancient Egyptian temple where the pharaoh is the highest paying symbol of the game who can reward you handsomely for your efforts. Though many of the features are very similar to that of the Book of Gold: Classic online slot UK game, there are some big differences for you to look out for like the two expanding symbols and the potential for the massive multipliers on your initial wager due to the high volatility of this slot.

Playson – The Developers of Book of Gold: Double Chance Slot

As one of the leading games developers around, Playson have made it their mission to keep their gamers happy in every possible way that they can to enable them to stay one of the most popular developers.

They are affiliated with many of the top online casinos around the world, including Slots UK, and they have an impressive portfolio of the best slot games that they provide to many of these online facilities.

Creating multi-channel games so that they are easily accessible to anyone who wants to participate, Playson is certified for play in all of the European major territories, including the UK, Spain, Malta, Italy, and Sweden, though their expansion is a continued goal to increase their worldwide presence further. 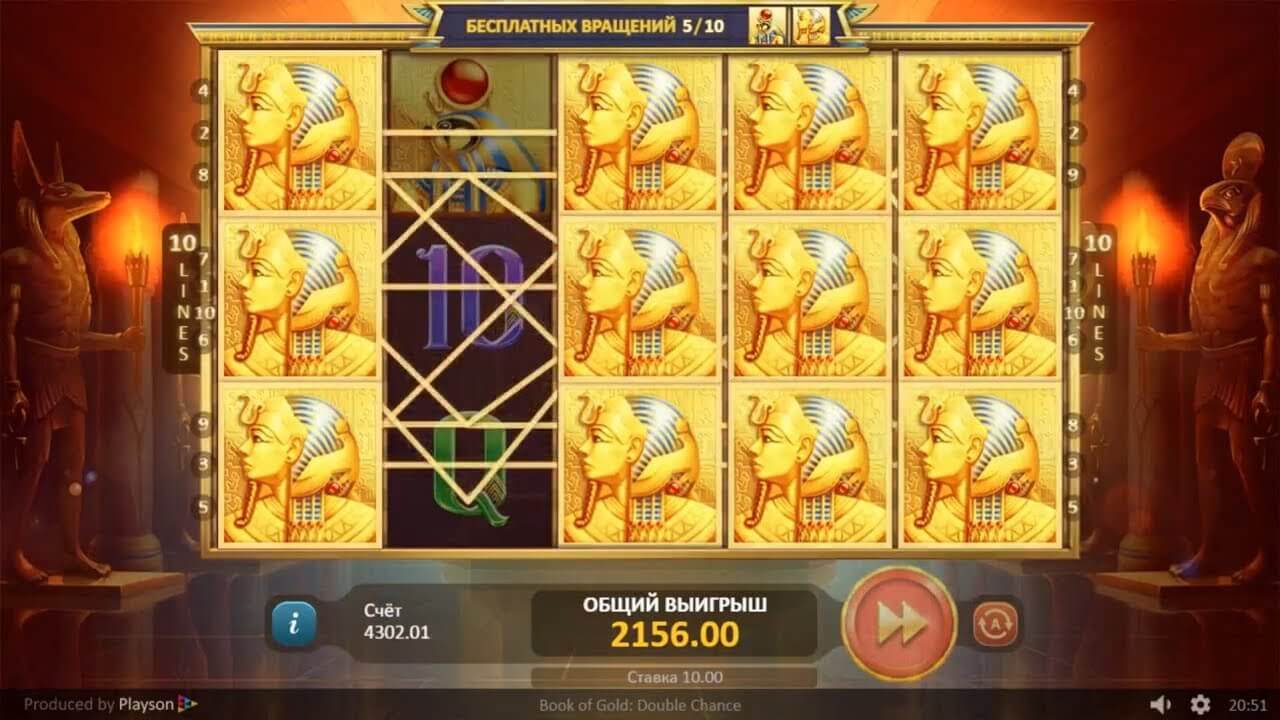 Playson released Book of Gold: Double Chance in October 2018 and it sits in the Top 100 slots gaming list and has gained at Silver Badge for its efforts in the SlotRank Charts already. This is a high variance online slots UK game with an RTP of 95.04% and there are 4,067 coins available as the maximum jackpot here.

Bets can be placed from 20p up to a maximum of £75 to spin the reels on this 5 reel, 10 payline video slots game that has seen big popularity with its players.

There are many different bonus features but it is the expanding symbols that players around the world seem to get the most excited about when they appear on the reels. This UK slots game can be played on all types of devices such as the desktop, tablet, and mobile of your choice and it was last updated in June 2020 to satisfy all of your needs. 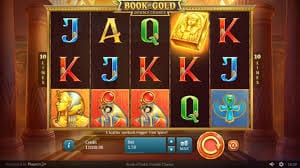 If you are lucky enough to align at least 3, you will also trigger the free spins feature for yourself. Before you start playing your free spins, there are two expanding symbols that will randomly be selected and cross your fingers that these will trigger so big wins for you as the reels begin to spin for free.

You can increase the number of free spins you have triggered by re-triggering the free spins with the scatter/wild symbol where there are 50 maximum free spins for you to play at any one time.

This slots game is called Double Chance due to the w expanding symbols used in the free spins round which causes the game to be a high volatility slot and gives every player the massive potential win 4,067 times their initial wager on every single one of their free spins!

Though it is similar to the classic version of the game, this modern version of Book of Gold: Double Chance gives players a much greater chance of being able to win much bigger jackpot prizes as they play online slots UK.

The base game is very similar to Book of Gold: Classic, but the enhanced bonus features make it a much better overall slot. The expanding symbols and free spins increase the slot volatility to make this game much more exciting than its predecessor.

You can also try other amazing games such as Break da Bank Again Slot today!