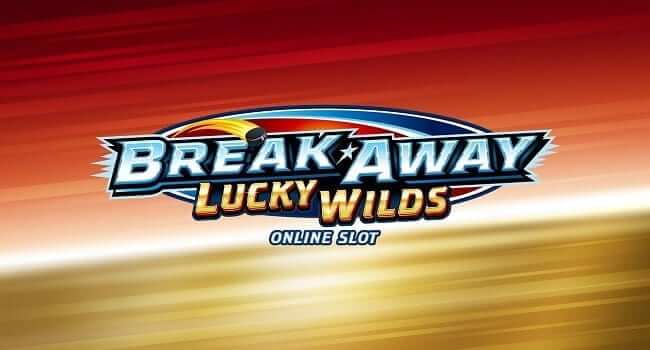 Prepare to don your skates and head out on the ice. Start your ice hockey adventure as Slots UK brings you another online slots game in the form of Break Away: Lucky Wilds!

Developed by the good people at Microgaming, Break Away: Lucky Wilds brings the raucous atmosphere of an ice hockey match straight to your fingertips. Playable on mobile, laptop and tablet, there’s every opportunity for you to join in with all the fun.

This unique slot game has 5 reels and 88 paylines to play with, and it comes loaded with bonus features and free spins to help you squeeze every penny possible from the reels.

Microgaming - The Developers of Break Away Lucky Wilds Slots

Microgaming are undoubtedly one of the biggest developers when it comes to releasing slot games online. The Malta-based company have been in the business since 2014, and in the time that has elapsed since they have really honed their craft and consistently deliver high quality slot games.

You’re unlikely to find an online casino that doesn’t carry a Microgaming title. They've earned a reputation for producing reliable jackpots slot games with high production values. They’ve built up an impressive library of slot games, which they will no doubt be adding to in the future.

Here’s a small sample of some of the best Microgaming slot games available to play in online casinos: 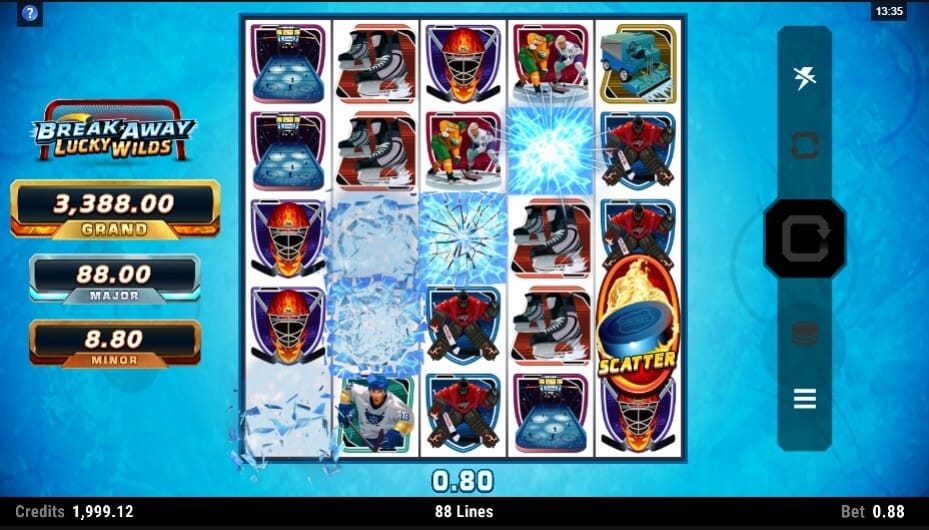 About Break Away Lucky Wilds

Break Away: Lucky Wilds stands out from other slot games by having 88 paylines to accompany its 5 reels. The game also has a 96.89% RTP, and the stake ranges from 88p to £8.80. Wins are formed by landing matching symbols on consecutive reels from left to right. The game also comes with an autoplay feature that can give you up to 100 automatic spins.

The ice hockey theme forms a massive part of the gameplay. There’s piped in crowd noise and a stadium announcer providing the game’s soundtrack, along with an icy blue  backdrop for the reels.

The theme also extends to the symbols on the reels. These include a Zamboni, an ice rink, ice skates, a goalie helmet with a stick, a referee, the game logo and various players. The red player is the most valuable symbol, paying out up to 7.5x your initial stake. 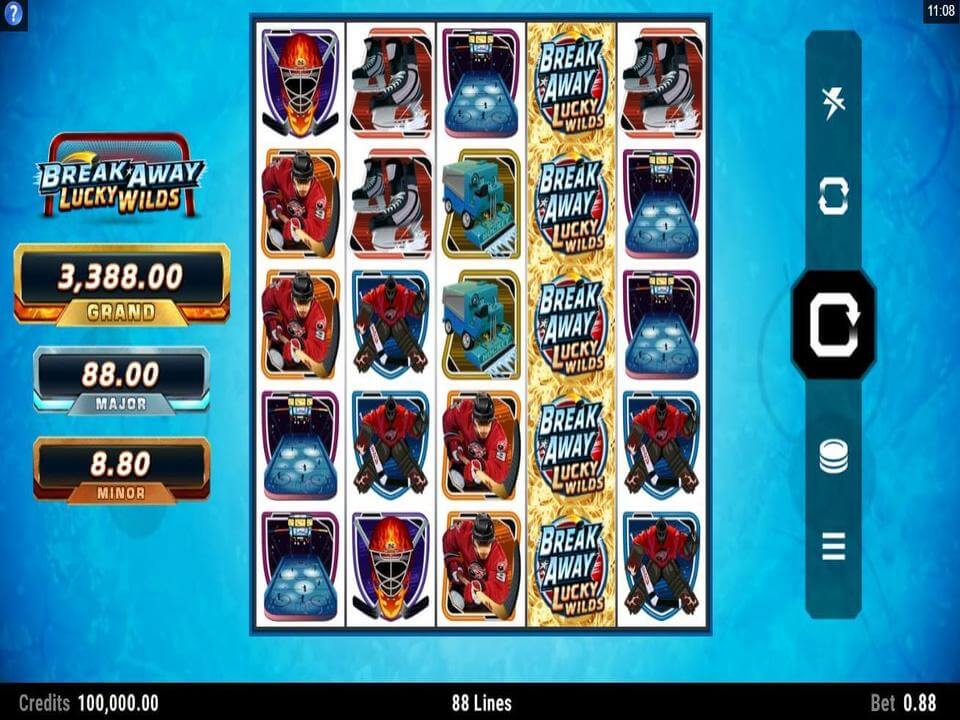 There are several bonus features in Break Away: Lucky Wilds to help keep the fun going for a little while longer. They also get you one step closer to reaching the max jackpot.

Our Verdict on Break Away Lucky Wilds

Break Away: Lucky Wilds is a fun slot game that keeps things interesting for a long time. It’s well designed by Microgaming, who have clearly put in the hard yards here. The various bonus features and free spins are the right balance of being fun and profitable.