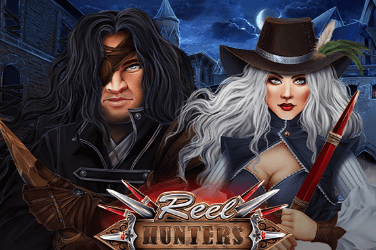 This 5-reel, 3-row UK slots game from Reel NRG and is one of the top UK slots on Slots UK. It stars one male and one female intrepid vampire hunters, each of whom is able to bring a different bonus round whenever you manage to land their symbol on the reels.

The free spins feature is triggered by the male vampire hunter while his female companion rewards you with the chance to win a multiplier reaching up to 500x your stake.

ReelNRG is based in London, England, and was founded in 2016. It is a casino gaming development firm that focuses on creating high-quality slots for online gambling sites. Their team is not lacking in experience in any way despite the fact that the firm is quite young.

The company’s focus may be on the social gaming market so far but it seems like they are also highly interested in distributing their titles for real money play. This company has decided to take a more focused approach while some firms are interested in offering the games that players can play as well as the software backbone that can get a casino up and running.

So far, ReelNRG has only made games without a platform that is specifically designed to support them. You can play online slot games from this developer at Slots UK today! 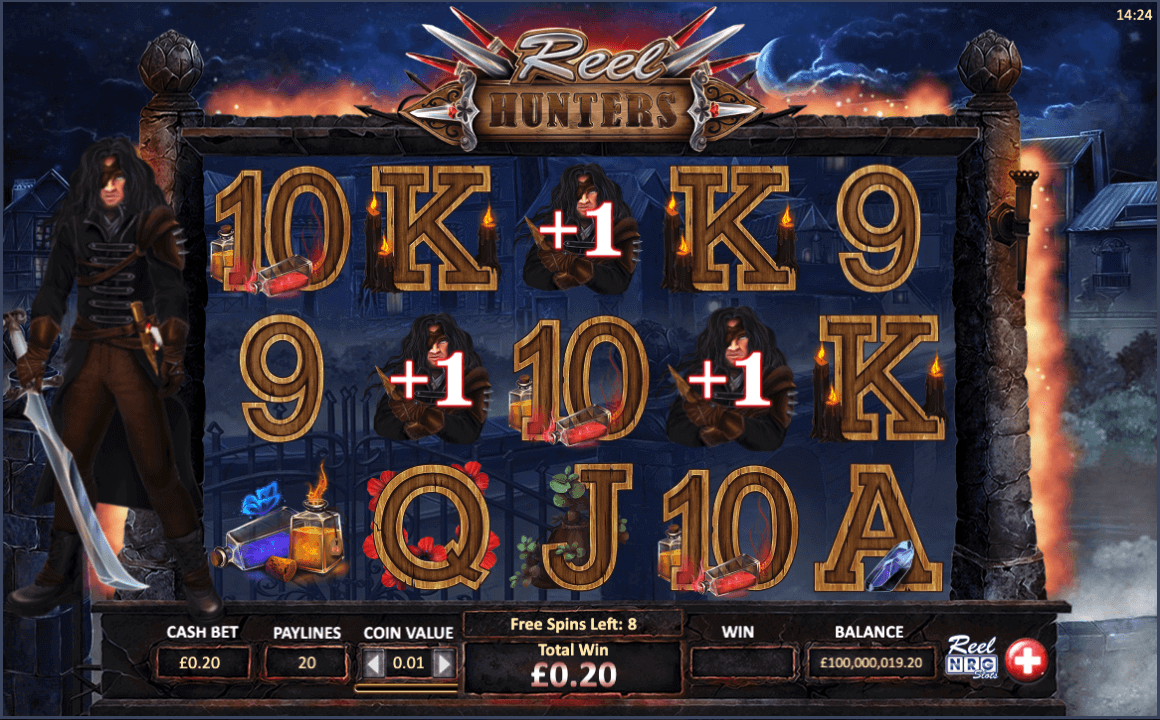 You can now play this slot and many other UK slots on Slots UK. The backdrop of this slot presents an image of a typically European village. The flickering flames border the actual slot even as construction seems to be out of stone.

The transparent reels that feature big and detailed symbols are themed after the idea of vampire hunting. You need to look out for the vampire hunters during the bonus rounds which appear full size and animated. Landing 3 or more symbols on adjacent reels starting from reel 1 and moving from left to right is the main aim.

The regular symbols on the reels are divided between 4 high and 6 low pays. The high paying symbols consist of a crossbow, a crow, a wooden stake, and potion bottles, while the low pays are the traditional A, K, Q, J, 9, and 10 card royals. The Reel Hunters logo acts as the wild and is able to substitute for all symbols apart from the scatter and bonus symbol. 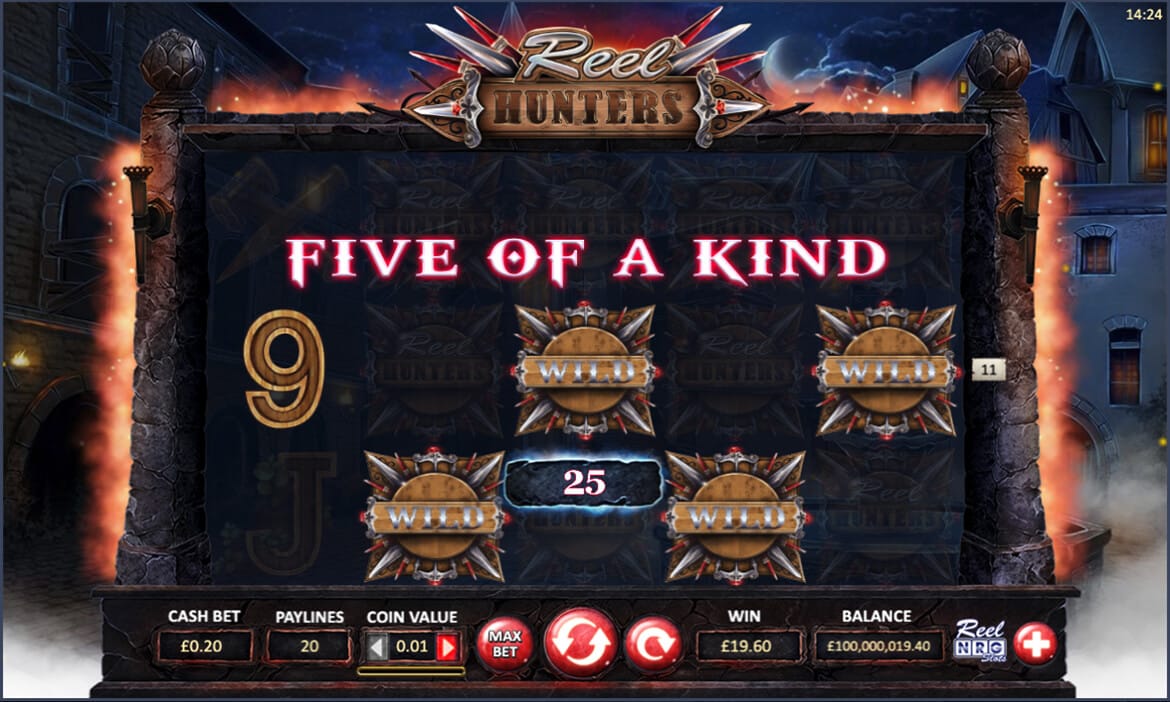 Slots UK online casino games have some amazing bonus features and Reel Hunters which is one of the UK slots is not any different. Some of the features include;

Our Verdict on Reel Hunters

Reel Hunters on Slots UK is one of those UK slots you have to try. This slot has a lot of potential with its strong audio-visuals, solid gameplay, and rewarding bonus features. The way the features have been integrated with the gothic aesthetic makes them feel fresh and the potential payouts make it very enticing to the players.

Slingo Reveal Slot is another popular title that can be accessed today at Slots UK.