The twisted circus is a free slots UK game developed by Microgaming, a top development Company. It has a fiesta focused slot accompanied by weird characters and symbols. The game can be played across devices and gadgets, including Android, tablets, and PCs.

The symbols in the game include wilds and scatter, including weird symbols typical of a carnival. There are fearful and horror visuals that give the game a bizarre setting and look. The wilds can be substituted for almost all other symbols except for the scatter.

The machine comes with 5 reels and 243 pay lines that can win as you make the spins. The player can bet as low as 30p and 300 euros as an initial stake. The jackpot on offer is about 100x and rewards about 30,000 euros worth of prize. Read more below, or play this game now on a UK slot site - SlotsUK.

Microgaming, the developer of the twisted circus, is a gaming company focused on the development of online casinos. Indeed, they are the first-ever provider of an online casino, which dates back to 1994. This is a controversial subject that had not seen too many contestations.

To this end, they are regarded as the pioneer of the online casino gaming industry and have been instrumental in its growth over the years. They are specifically focused rather than generally distracted on online casinos. They are also a part of the gambling industry's authority that oversees the affairs of casino operators.

Presently, they sit at the top of the iGaming industry as one of the most notable game developers. They are consistently ranked as the favorites of players worldwide, with a lot of followership online. Without mincing words, they have got a wide range of progressive slot games that include:

You can play all games from this developer on SlotsUK Today. 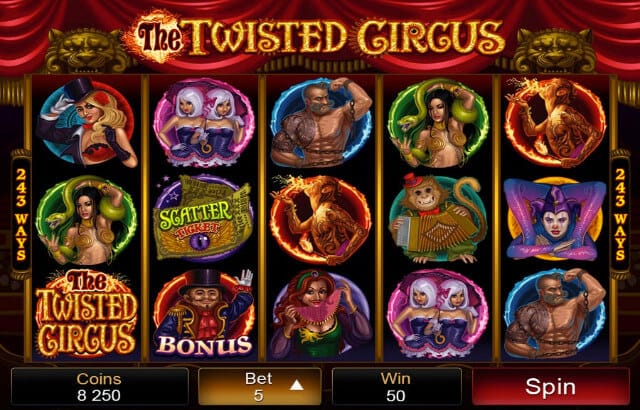 The Twisted Circus Gameplay and Symbols

The game showcases weird, horrific scenery that is aided by the stained fabrics and shady setting. The game can be accessed across devices, including tablets, Androids, and PCs. The theme was intelligently crafted to fit the characters and symbols.

The Twisted Circus comes with various symbols, including wilds and scatters. The symbols in this game include the monkeys, bearded ladies, the ringmaster, snake charmers, and fire eaters. The wild symbols include the flaming symbol and the logo.

These symbols can replace any symbol on the reels except for the scatter ticket bonus or ringmaster symbols. The game comes with 5 reels and 243 pay lines. 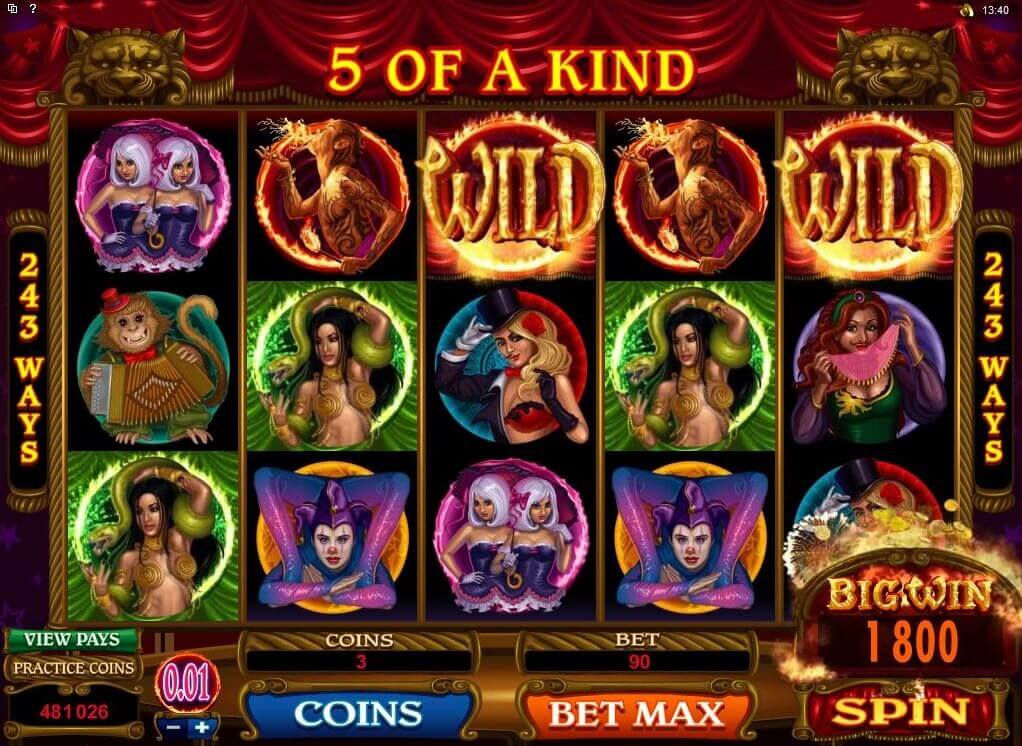 With wild and scatters to throw around, there is all to look out for in this game's bonuses and free spins. These online slots UK gives the player everything to salivate about in the form of the following features.

Try to trigger the above bonuses on SlotsUK today, and you might get fortunate.

The twisted circus is a game that has been thoughtfully and carefully created by Microgaming. It is not a surprise with the developers' status, being one of the highly respected companies in the industry. With high-quality graphics, visuals, and weird characters, the bonuses and free spins also add value to the no deposit slots UK.

With big rewards coming from small stakes, there's a lot to win, and a little, about 0.30euros to bet. This is an excellent way to relax and make money. Give this game a try now on SlotsUK to stand a chance to win massively.

If you don't think this is the right game for you, why not try Super Heroes Slot instead.