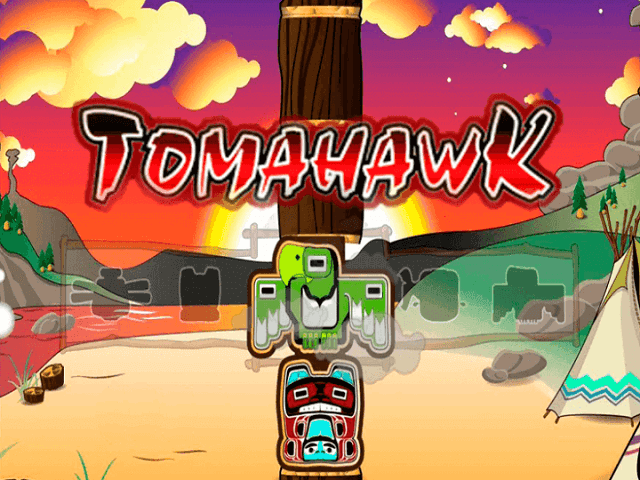 It’s time to honor the ways of the Native Americans. Luckily, Slots UK is on hand to help you do just that by bringing you the online slot game Tomahawk!

Brought to you by Saucify, Tomahawk combines Native American tradition with the thrill of slot games, which can only result in a healthier wallet for those who choose to take the challenge. Become one with the earth as a young tribe member accompanies on your quest to bug winnings.

Playable on mobile, laptop, and tablet, this is among the best slots UK games with 5 reels and 243 ways to win. Loaded with free spins and multipliers, there’s every opportunity for you to make the most out of this game and have fun while you do so.

Saucify - The Developers of Tomahawk Slots

If there’s any slot game developer that takes pride in being different, it’s Saucify. Although other developers will appear more frequently in online casinos, that doesn’t detract from the content produced by Saucify, which can match up to any developer on the market.

Based in the UK, Saucify is growing bigger by the day. They already have a worldwide reach, thanks in no small part to the quality of their online slot games. They have a comprehensive understanding of the market, as well as what players are looking for in their slot games.

They use these components to good effect, and it’s why we’re sure they’ll become one of the biggest developers in the industry sooner rather than later.

Here are some of the best Saucify slot games that you may have already come across in online casinos: 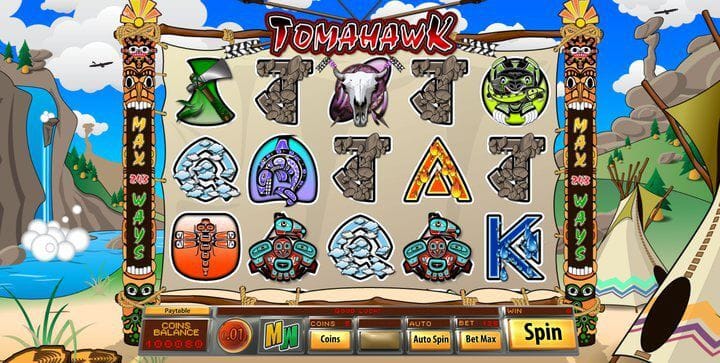 Tomahawk has 5 reels and uses a 243 ways to win engine. The RTP of the game is unknown, but the stakes range from 1p to £25. The game also has an autoplay feature that grants you up to 100 automatic spins. Winning combinations are formed by matching 3 or more symbols on consecutive reels.

Not sure if we’ve mentioned this already, but Tomahawk has a Native American theme. A mountain skyline and two totem poles form the backdrop of the reels, with a tribal theme playing in the background.

As for the symbols on the reels, you’re greeted with rocks, clouds, a dreamcatcher, fish, a dragonfly, a wig wam, a tomahawk and a young tribesman. The tribesman, referred to as the young brave by the game, is also the game’s wild symbol. He replaces all other symbols except for the scatters, and he’s worth up to 700x your stake if you land 5 in a row.

The wig wam is the highest paying regular symbol, worth up to 350x your stake. The tomahawk is a scatter symbol, which will become important when it comes to the free spins that will be detailed below. 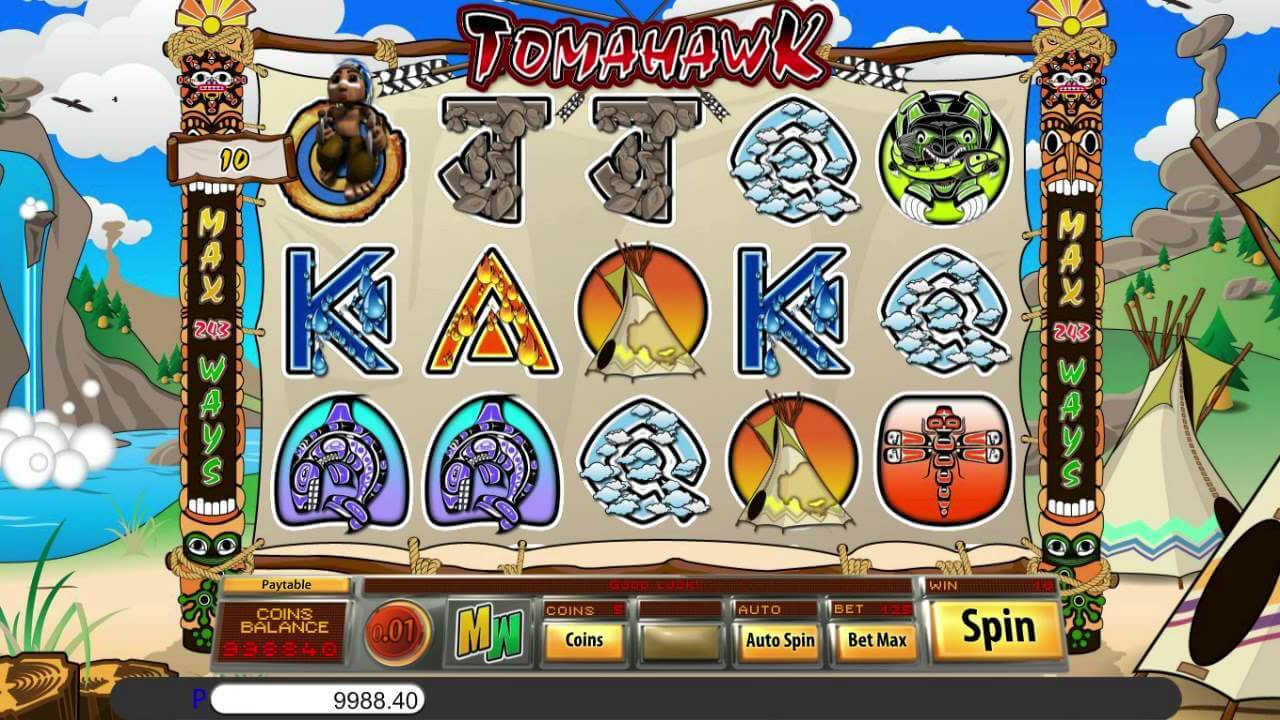 There aren’t a huge amount of slot bonuses within Tomahawk when compared to other slot games. However, there is one that racks up the winnings, in addition to the free spins on offer.

Our Verdict on Tomahawk

Overall, Tomahawk is a solid if not spectacular slot game. The Native American theme is one trope that hasn’t been oversaturated, and the game’s design is simple yet effective.

Although it may be light on bonus features, the Totem Builder rewards you for minimal effort, and you get a generous amount of free spins. It’s definitely worth checking out when you have a free minute.

Slingo Extreme Slot is another popular title that can be accessed today at Slots UK.