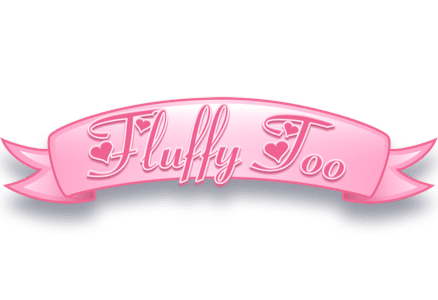 Fluffy Too is an exciting five-reel and 25 payline video UK slots game created as a sequel to Eyecon’s successful Fluffy Favourites slot. The game is playable from 25p per spin, and you can play this online video slot on all smart devices. The game has a well-known pink elephant as the wild symbol, and the elephant will double all wins when it shows up in a winning combination on an active payline.

The online Fluffy Too slot game comes with several bonus features such as coin pushers and Free Spins that can get players reasonable amounts of free spins, as well as a decent win multiplier.

How to Play Fluffy Too Slot

The symbols in Fluffy Too slots are also pretty cool, as there are a lot of toys that you can also find in the original game. However, you can also find some new arrivals that made the game all the more engaging. Returning from the original game, we have the duck, the clownfish, the tortoise, the dragon, and the lion. The newcomers on the Fluffy Too reels include a gorilla, a rhinoceros, a giraffe, and a panda.

The group of high-value symbols in the game includes the panda, the dragon, the gorilla, and the hippo, which gives payouts for a combo of two, three, four, and five matching symbols.

The famous pink elephant, which remains the game’s wild symbol, replaces all other symbols, apart from the coin scatter. This symbol is also vital to triggering a bonus round.

Players can find both variables by clicking on the coin stack button. Once a new window opens in the center of the screen, a player can go ahead to set the number of lines and the bet for each line. By tapping on the up and down arrows in the Lines section, players can select anywhere from one and 25 active paylines in the game. If you would like to play with all active paylines, there is a max button that can be used.

To enjoy Fluffy Too slots without having to press the Spin button repeatedly after a completed round, punters can click on the autoplay button. Once you press it, you will be presented with four different numbers of rounds to be played automatically.

As soon as a selection is made, the reels begin to spin, and the remaining number of spin rounds will be displayed. Punters can stop this feature whenever they want by clicking on the ‘Stop’ button, which takes the place of the spin button.

There is no shortage of amazing bonuses and extra features in the Fluffy Too slot! Let's have a closer look:

The Fluffy Too slots game’s first casino promotions bonus feature is triggered by getting at least three of the game’s coin symbols anywhere on the gaming reels. Depending on the number of symbols you trigger, you will get a pick for an individual coin symbol. Each pick can give a bettor a prize of up to 100x their total wager for a spin, with the sum of all awarded prizes included.

There is also the Fluffy Too Free Games round, which is activated by getting three, four, or five Elephant symbols wherever on the reel. Additionally, depending on the symbols triggered, a punter can earn 15, 20, or 25 Free Games, respectively.

Every landed line is given a 3x multiplier in the free game round, with the awarded free games played using the exact paylines and wager in the triggering game. Coupled with the fact that punters can retrigger free games a maximum of 15 times.

Who Developed Fluffy Too

Fluffy Too developer Eyecon is a famous gaming solutions provider that is known to deliver topnotch gaming content and was founded in 1997. The successful computer game company has become known for developing the wild Gore game, which has been downloaded millions of times.

The gaming giant became famous after the success of its online slot named Fluffy favourites. Other top games from the developer other than the Fluffy Too slots include:

Reasons to play Fluffy Too Slots

Similar to its predecessor Fluffy Favourites, the storyline in the Fluffy Too slot game takes place at the seaside with lots of familiar cuddly toys well represented on the reels. Fluffy too reel set is fixed against a background of a lovely seaside amusement park where punters can see rides such as a Roller Coaster, a Ferris Wheel, and a Carousel.

Fluffy Too may not be the best-looking slot games out there, but its bonus features make this plush toys release well worth checking it out. It is a high variance game that offers wins up to 400 times your total stake on each spin! This Eyecon release advertises an RTP rate of below-average 95.3%. Make sure to also try Fluffy Favourites Jackpot!