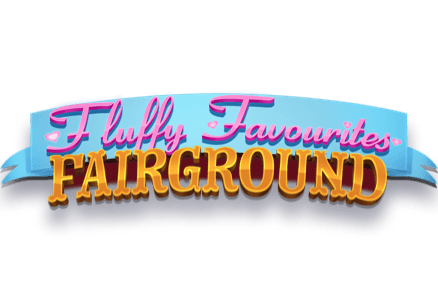 Many punters out there will have come across or played the original Fluffy Favourites free spins slots by Eyecon. A game that brings out the child in most players as they take on the task of matching a wide range of stuffed animals on a set of brightly coloured reels. Now is the time for players who enjoyed playing the original version to rejoice as there’s more to enjoy from this series, and that is the Fluffy Favourites Fairground slot.

It is fair to say that Fluffy Favourites Fairground might turn out to be one of the best video slot games you’ll try this season. This entertaining Slots UK title has become popular amongst punters, and with good reason.

In this article, we are introducing the exciting Fluffy Favourites Fairground. Just so you know, there are lots of advances in this video slot compare to the original, that there is a chance that players will find this one more enjoyable.

From the title of this online slot game, you probably can probably tell that though there will be a few similarities between this and the prequels, things will be a lot brighter. Fluffy Favourites Fairground is special as it does so much more than the original version of the game, as well as improving on many of its shortcomings.

The expectations of most first time players going into this slot might be somewhat skewed especially for those who played so much of the original, and never really got tired of it. You might be on the lookout for much more, which is exactly what you will get in this slot.

Like the original version titled Fluffy Favourites, this online slot game comes with 5 reels and 25 separate pay-lines. The Fluffy Favourites Fairground slot manages to totally trigger childhood nostalgia in a way that you may never have truly experienced before in an online slot. All of the lovely vibrant coloured symbols in the game offer something special when it comes to base scores.

Here, the more symbols a punter matches, the greater their score will be, which will eventually provide players with much bigger payouts. Each symbol is perfectly designed and is represented by an individual colour that should make it easy for players to identify certain symbols on the reels. Since the name of this engaging series is Fluffy Favourites, it won’t be a surprise if you find yourself having favourite symbols here!

Players who simply want to play the Fluffy Favourites Fairground slot because they need some quick wins will probably find the autoplay mode more interesting. This mode lets players select a particular number of games that they would like to spin off in the game’s background. Once they are satisfied with the number of games spun, they can then instantly put a stop to auto mode.

Bonus games and bonus features are also in this online casino game, and they fill out the rest of the Fluffy Favourites Fairground slot with some amazing visuals. Players are advised to keep an eye on certain symbols because they tend to feature some good bonuses that will help gameplay feel dynamic (and that’s because it is).

WILDS: Pink elephant symbols serve as these slots chosen wild symbol, and matching this symbol in the winning line will allow for more scatter symbols on the reels.

TOYBOX FEATURE: Landing 3 or more of the claw symbols (scatter symbols) will grant one access into the toy box feature. Once activated this feature will select 3 animal symbols at random, from then on the player will be tasked with finding and matching them. Matching these symbols will grant up to a 100x multiplier to scores.

GAMBLE FEATURE: For those feeling lucky then you can risk it all and potentially make more returns but at the risk of losing all of it. After each successful spin will one be given the chance to guess the colour or suit of a card that is shown on screen. Guessing correctly will double that particular rounds winning. Guessing incorrectly will take away the full amount earned on that round.

Yes, Eyecon is a purposeful name specially picked by this gaming company to make players think iconic when they play the Fluffy Favourites Fairground slots game by Eyecon. To be fair and honest, the gaming company has lived up to expectation so far. Eyecon games are an Australian developer with a vast collection of successful UK online slot casino games to its credit.

Over the past few years, this game developer has gone above and beyond to birth lasting experiences that make their players crave for more. Other than the Fluffy Favourites Fairground slot, some of the best games by Eyecon include 5 Ninjas, Far Legend Warrior, and Lion Dance. Other game from this developer includes:

If any of you out there were looking for the next gradual step in the Fluffy Favourites franchise, then be sure to check out Fluffy Favourites Fairground! It’s a slot games that is chocked full of action and excitement! For more exciting slots play, head to 3 Genie Wishes!

Graphically speaking, the Fluffy Favourite Fairground slot is a drastic improvement those that have come before it in the series. All symbols in this one appear sharper, and the game reels are much more colourful, it’s almost as if the makers wanted you to be right inside a kaleidoscope because of the number of colours that display on the screen at any given time.