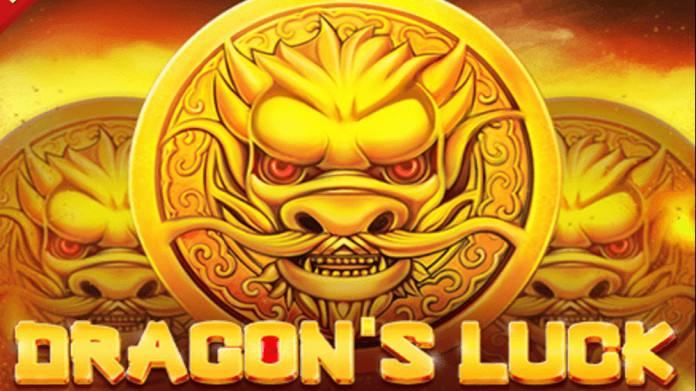 Dragon’s Luck is one of the best slots UK online with an Asian theme at the core of it.

Particularly drawing from the rich culture of the Chinese, Dragon’s Luck highlights the gracious importance of number 138.

138 is revered in China as a symbol of luck and goodwill. This is reechoed here by filling the screen with it, resulting in a maximum win of 1,380 times your wager. The game’s features are randomly brought to life, with the Dragon Fire feature jolting inactive dragons to life.

The dragons then transform some symbols into matching symbols. The Dragon Coin feature uses a Dragon Coin symbol to bring special secret symbols to the reels for increased wins. The mega Coin feature features a 3x3 giant symbol that leads to exciting wins.

Accessible on 5 reels, 3 rows, and 10 pay-lines, Dragon’s Luck will prove extremely refreshing to all kinds of players. Slots UK, provider of no deposit slots UK, offers more details of Dragon’s Luck in the next paragraphs.

About Red Tiger Gaming –The Developers of Dragon’s Luck Slot

Red Tiger Gaming is the software developer behind the awesome Dragon’s Luck, as well as other numerous UK slots games.

Red Tiger is indeed a software tiger and king of the jungle in several respects, notwithstanding it’s relatively young. The company was founded in 2014 but maintains a brand image and performance that makes it hard for anyone to believe. This is why it was recently acquired by NetEnt in 2019, and continues to expand NetEnt’s gambling portfolio.

Accordingly, the company has credits for the following online slots UK:

The above slots and many others from Red Tiger Gaming are accessible on Slots UK. 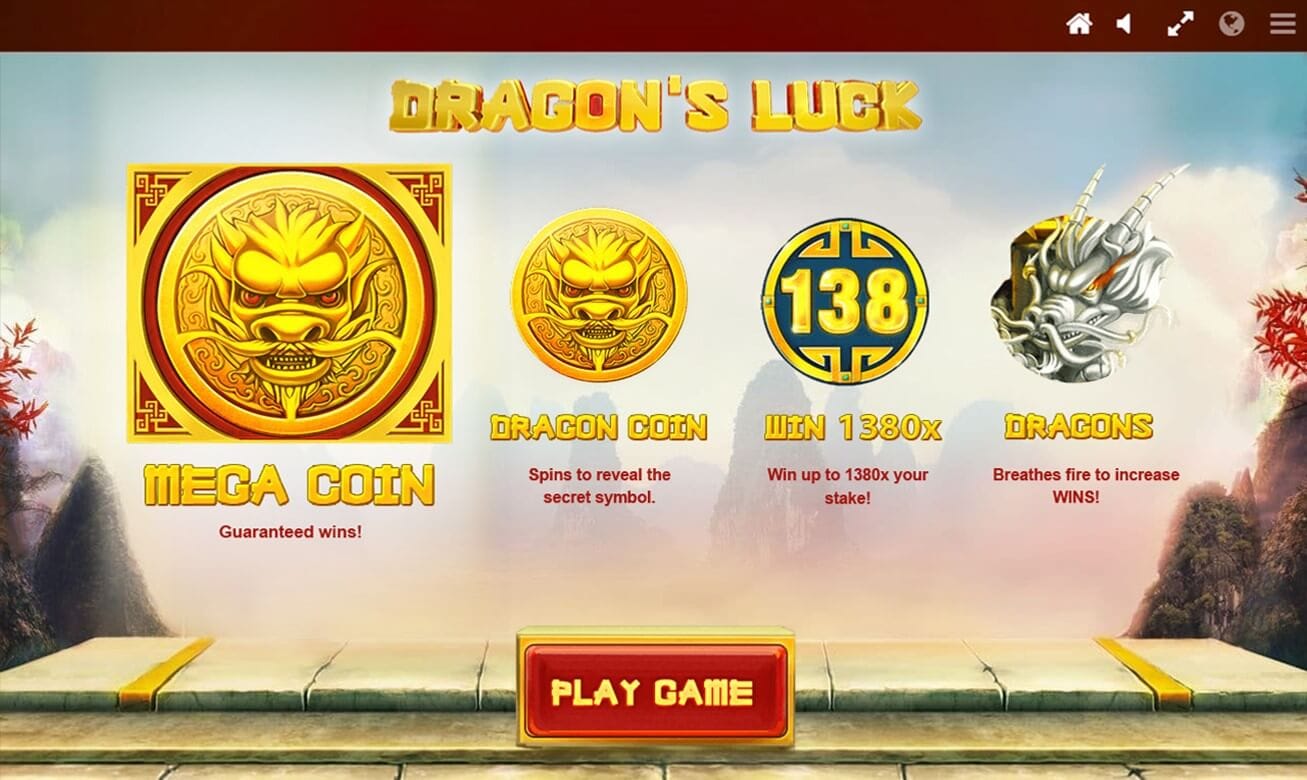 Dragon’s Luck has a base game-centered gameplay, with no free spins feature on offer here. Besides that, the gameplay follows the usual pattern, get 3 or more of a particular symbol to land a win.

Mega Coin feature pops up a 3x3 giant symbol that offers some cool wins upon landing. Try to fill the whole screen with 138 coin symbols and you’ll land the highest payout of 1,380 times your wager!

The game features no wild and scatter symbols. Each spins starts with 20 pennies and 500 pounds. Get to know more of the gameplay on Slots UK. 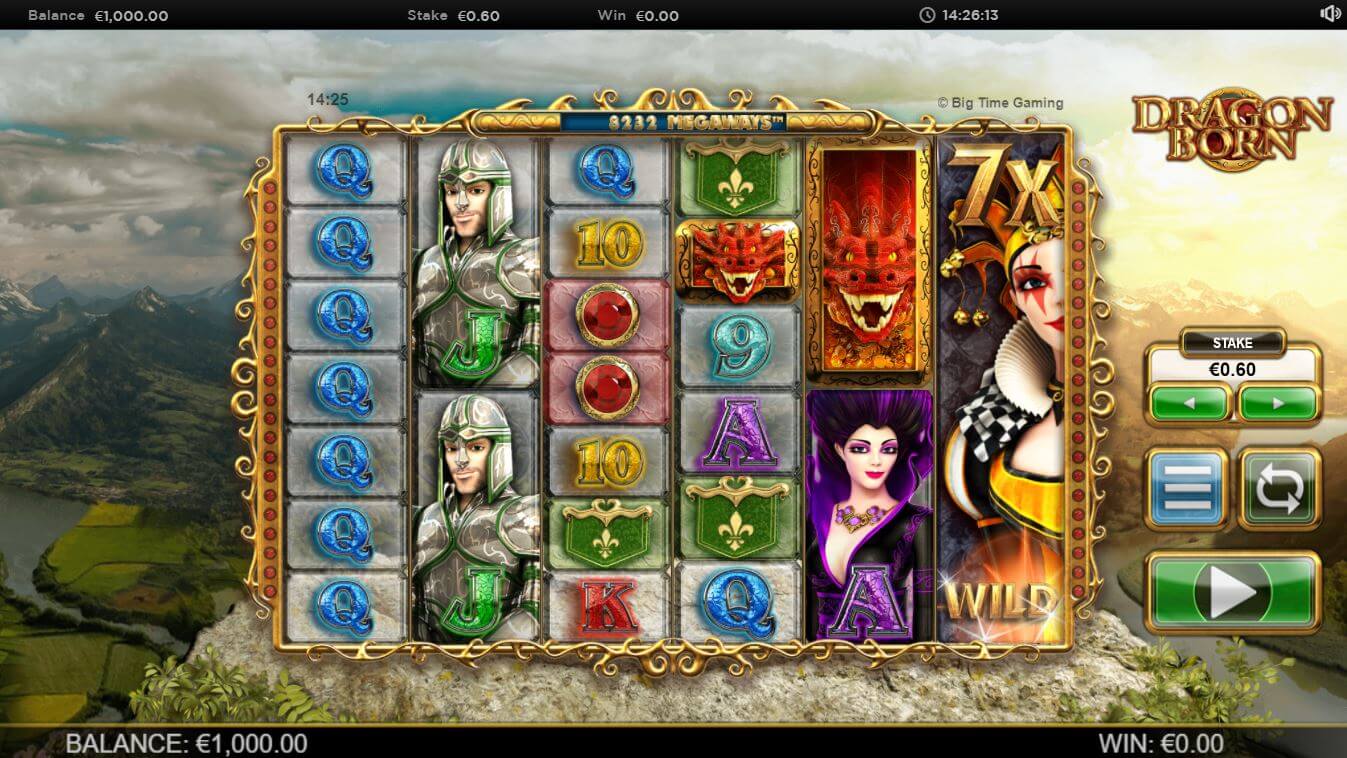 The Dragon Fire feature is randomly activated in the base game.

When the two dragons inactively perching on both pillars of the temple come to life, the feature is on. They will proceed to exhale fire upon some symbols on the reels, transforming them into the same symbols. They would then work together in forming winning combinations for increased payouts.

This coin randomly appears on the reels and starts rotating to show a special secret symbol.

This special secret symbol will in turn offer a fair amount to you.

Still appearing at random, this feature has a huge 3x3 symbol falling on the reels to award some high amounts.

As already noted, the highest payout comes with getting the 138 coin symbols all over the screen. This would award a payout of 1,380 time your bet!

Grab some wins from the features above on Slots UK today.

Dragon’s Luck has some immersive display and some thrilling base-game actions complemented by high wager limits. However, the game would have been much more entertaining if it had a Free Spins feature and bigger maximum payouts. You could land some great wins on Dragon’s Luck when you play on Slots UK.

If you have enjoyed Dragons Luck Slot, why not try another exciting game at Slots UK - such as Dragon Born Slot.