Yet another Norse-themed slot from the stables of Red Tiger Gaming, Thor’s Lightning inundates us with the varied powers of Thor. In Norse mythology, Thor is the god of thunder, storms and lightning, all of which he shall be serving us in this slot. Thor’s lightning provides you with beautifully designed graphics that makes the gameplay soothing and captivating.

What makes the online slots UK game stand out is the multiple features that it comes with. 2 randomly triggered bonus features in the base game – Lightning Strikes and Hammer Strike – will offer stun you completely with wins. The Free Spins feature – Valhalla Free Spins and Muspell Free Spins - is where the biggest thrills will come.

The features can offer up to 1,800 times your wager, as you play on 7 reels, 7 rows, and cluster pays. Slots UK, one of your best providers of online slotsUK, provides ample details below.

Red Tiger Gaming is the developer behind the amazing Thor’s Lightning slot.

Red Tiger is a Malta-based game developer, marketer, and licensor with a rich list of well-acclaimed games in the iGaming landscape. The company has successfully grown its platform so marvelously that it now ranks as one of the best developers around. This comes off as surprising, judging from the fact that the company only started operations in 2014.

The company has leveraged and expanded its competence by ensuring all its games are HTML-5 enabled for players. This makes it possible for the company's games, like other developers, to be played on all internet-enabled devices. Due to its proactive and swift introduction of cutting-edge technologies in gaming, the company has retained some industry-renowned partners.

Today, the company's offerings are recognized and played in several parts of the world, including Europe, Asia, the Americas, etc. Apart from many UK slot machine games, Red Tiger Gaming also has card games, table games, and live games. Let’s have a look at some slots UK by Red Tiger Gaming below:

At Slots UK, you could always play the above slot games for free or real money. 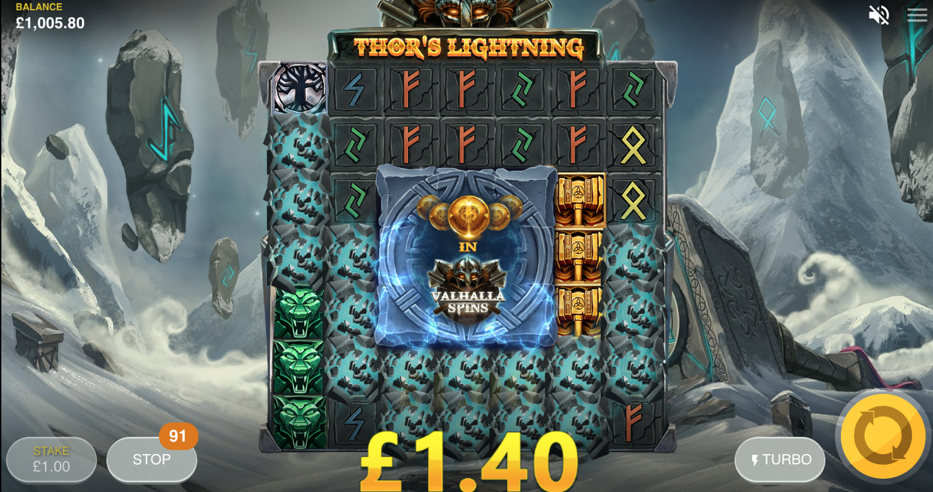 The base game boasts two randomly activated features – Lightning Strikes and Thunder Strike features – which interestingly award some wins. The Free Spins feature is also another site of wonders as you have the Valhalla and Muspell Free Spins. Both features will help you land the maximum 1,800 times your wager up for grabs in this slot.

The lucrative symbols on the reels include Thor’s Hammer, Yggdrasil Tree, Green-faced and Blue-faced Scandinavian gods. The common symbols are 4 rune stones similar to letters A, F, J (inverted), and S. Two Norse gods are the wild that will replace all other symbols to form winning combinations.

The stake ranges from at least 20 pennies to at most 40 pounds per spin. You’ll always get a robust hang of the gameplay by playing on Slots UK. 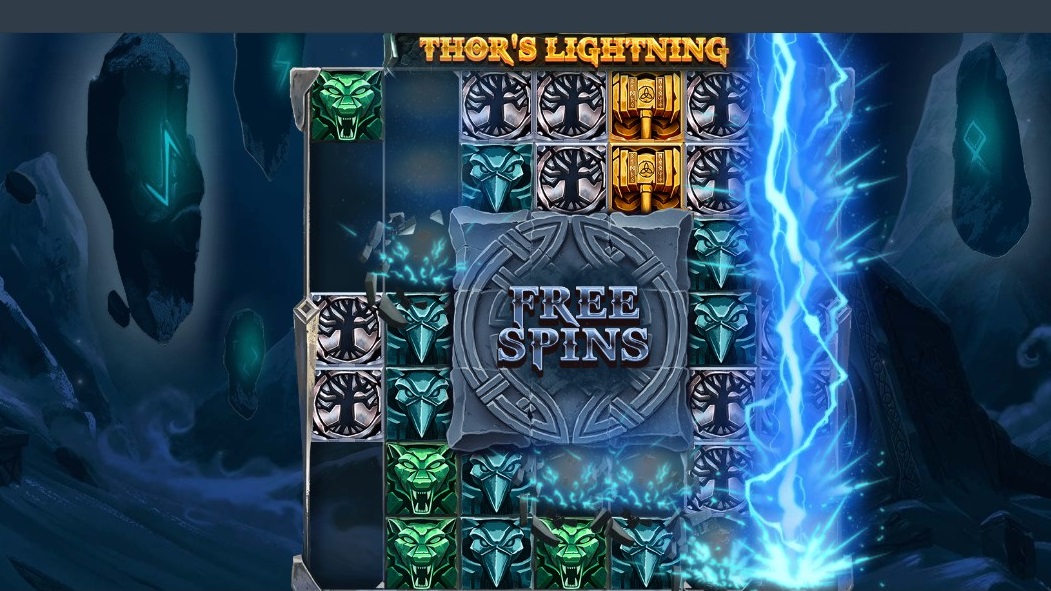 While a random spin is playing out, Thor can show up in front of the reels. He would then call upon lightning strike with his hammer. This changes the less rewarding symbols on the reels while some symbols are randomly chosen and transformed to wild or similar symbols.

This feature is random and comes on when Thor tosses his hammer on the reels. This results in either a nudge or removal of any symbol for more winning combinations to be created on the reels.

Activating this feature is done in a rather different style than what you have on most other slots out there. At the center of the reels, there’s a block containing 9 symbols with free spins inscription on it. You have to land wins close enough to this block, which will then detach symbols from the block gradually.

Where you detach all the symbols on the block, you will enable any of the following free spins rounds:

Here, you have blank and golden shield symbols, which are turned to display a multiplier value upon completing the free spins round. Whatever multiplier values you get would be summed up and included in your payout.

This round sends you to a different screen where your less rewarding symbols are no longer visible. The Lava Shower helps take away a particular kind of symbols from the reels. This would give you a chance to re-spins and land new wins.

Also, similar symbols may show up on the reels for increased wins.,

Both features would help you land the biggest possible wins of 1,800 times your wager. You would probably enjoy the game on Slots UK.

An interesting delivery of the Norse-themed genre, Thor’s Lightning offers quite an interesting array of features. What’s more, the cluster pays are a unique factor, with the fact that 5 symbols and above land wins. We, however, noticed that landing the Free Spins rounds isn’t that easy, and might take time.

If you don't think this is the right game for you, why not try Three Musketeers Slot instead.